is proud to present for the benefit of several audiences... 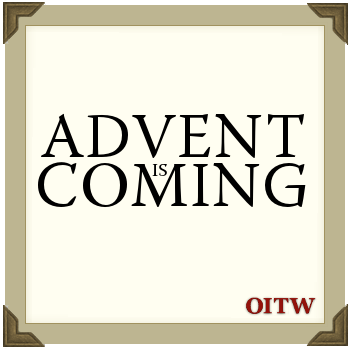 Being in the main a collection of eighteen brand new original and exclusive articles for a selection of much beloved and respected wargame rules.

A Little Q&A on Orcs in the Webbe's Advent Calendar

What is Orcs in the Webbe?

In short its an independent gaming website comprising of old articles unearthed from the internet and old magazines alongside newly written articles for a variety of new, classic and forgotten game systems. It was setup way back in 1996, yes it was that long ago, to form a repository for information as older style websites started dissapearing taking thier content with them. Back then the sites focus, as was mine, was primarily Alternative Armies' Flintloque. Since then the site has grown, along with my technical ability in all things web related, and has gone through manay regenrations and expansions and now includes content for over a dozen wargames systems, board games and card games as well as several stand alone original games.

What is the Orcs in the Webbe Advent Calendar?

Back in 2007, as a Christmas gift to its readers, Orcs in the Webbe became an Advent Calendar of sorts, counting down the days remaining to Christmas. However, instead of chocolates or sweets, every day from the 1st through to the 25th of December it published an article of interest to its readers. These started off as a mixture of old articles alongside newly created content but over the last few years many people have stepped up allowing me to publish twenty-four brand new articles every December.

2018 was the first year for a while when things didn't go to plan, quite the opposite in fact. One of the main systems we 'cover' here on Orcs in the Webbe, Panzerfäuste, went Phfut! It was definitely more of an unexpected silenced shot in the dark than a loud previously expected bang. This led, rightfully in my opinion, to quite a few people losing the momentum they had in writing an article for the calendar as the future of the game and in turn thier investments, both monetary and temporal, were placed in doubt. It wasn't a complete loss thankfully as many people had already submitted articles ahead of time and I was able to reshuffle things and also finished off a few things I had simmering in the background.

Saturday 1st December - A Game of the Zombie Apocalypse for 1 or More Players
An Orcs in the Webbe Original !
"Night of the Shambling Dead" by Matthew Hartley
In this years Advent Calendar's exclusive free game players take on the role of a hardened band of survivors struggling to get by during the zombie apocalypse. Using a clever card draw mechanism combined with a narrative track detailing game play can you survice the night...

Sunday 2nd December - A Panzerfäuste Short Story
An Orcs in the Webbe Original !
"Dead to Rites" by Costin Becheanu
An old custom sees a group of children led deep into the dark forest where ancient words are spoken as something stirs...

Monday 3rd December - A Flintloque Tale
An Orcs in the Webbe Original !
"Freddy's Daisy Roots" by Tony Harwood
Regular readers of The Advent Calendar will no doubt be aware of our favourite red-coated anti-hero and his many miss-adventures, but few will have heard the tale of how Freddy obtained his previously-owned-by-an-Ogre boots or as Freddy calls them, ‘His Daisy Roots’.

Tuesday 4th December - A Panzerfäuste Resource
An Orcs in the Webbe Original !
"Panzerfäuste Scenario Generator" by Ben Honey
Sometimes it can be handy to be able to generate an objective when playing a game of Panzerfäuste on the fly, here is a short table to start you off!

Wednesday 5th December - A Flintloque Scenario
An Orcs in the Webbe Original !
"Carted Off Screaming" by Gavin Syme
Doctorov has decided to create a new army of golems from magicke wax. Can his unwilling assistants waylay enough Ferach soldiers deep in the frozen forest before their plan is revealed in this Flintloque scenario for one or two players.

Thursday 6th December - A Flintloque Scenario
An Orcs in the Webbe Original !
"Sharke's Gnoll" by Bob Minadeo
Sharke and Harpie and a group of mounted Rohziri, encumbered with children and slow going old folk, must survive  a fierce attack by the wolfriding Gnolls of Isenpore if they are to make it safely to the the defenses at Wadi Topi in this mounted skirmish scenario for Flintloque.

Sunday 9th December - A Flintloque Short StoryAn Orcs in the Webbe Original !"Initial Impression - A Tale of Stoneheart the Slayer" by Jaffa Holland
Stoneheart's tale, now in its eighth year, sees Stoneheart finding a place for himself in the Third Age of Valon within the Orc and Rat Army of Great Britorcn...

Monday 10th December - A DarkeStorme Scenario
An Orcs in the Webbe Original !"Counting Coup" by Anonymous Bosch
A band of young Yellow Hand Orcs have to prove themselves by counting coup against a band of Dwarves who don't quite know what to make of it.

Tuesday 11th December - A Spitfyre Scenario
An Orcs in the Webbe Original !
"Stop That Falcon!" by Ben Honey
Hauptmann Dastardly has one mission, to stop the daring Gnome pilot Yankee Griffonnage on his albino Faucon from returning back to Gnome headquarters with the latest war updates. Can they do it this time, and will Unteroffizier Klunk’s improvements help or hinder?

Wednesday 12th December - A Flintloque Campaign Outline (ish)
An Orcs in the Webbe Original !
"Londinium: An Introduction to My Flintloque Campaign" by Craig Andrews
An introduction to Orcs in the Webbe’s planned ongoing Flintloque campaign for 2019, Londinium. Londinium is going to be a character driven Flintloque story arc set in the titular capital city of the Orc’s homeland, Albion. This first article starts with a huge chunk of history where the idea for this campaign came from and sets out the overall setting as well as introducing one of the three main factions you’ll be seeing in “Season One”.

Thursday 13th December - A Fast Solo Play Flintloque Scenario
An Orcs in the Webbe Original !
"To the Witchlands with Potash" by Gavin Syme
Undercover for Bureau Ess famous playorc spy Jaysorc Kyng is sent to the Witchlands posing as a luxury soap seller. But why is he really in Moskova? Diplomats from Albion and other nations have been vanishing as they enter the crypt of the Grand Palace with all that remains of them a patch of rapidly melting snow upon the flagstones. What is going on? Are the wild stories that reached Londinium true? Are creatures made of snow preying on the living? Kyng has his pistols and potash just in case!

Friday 14th December - A Solitaire Flintloque Scenario
An Orcs in the Webbe Original !
"The Return of Dagontwyswifchips" by CJ Hooper
In the gloom of the winter months, a studious young Hobgoblin and his Todoroni accomplice accidentally summon an ancient god long thought defeated. Can the residents of Tarrwenn Harbour survice His wrath once more...

Saturday 16th December - An S.P.Q.oRc Pax Bochemannica Scenario
An Orcs in the Webbe Original !
"The Measure of Nome" by Craig Andrews
Centurion Shakslag Brutalus and his Noman Orc unit have been assigned to aide the architect Ugnob Jumpedupicus in what he considers to be a frankly bloody ridiculous exercise in the Boche forests miles away from the front line fighting.

Christmas Eve - Alternative Armies' Looks at the Year Ahead
An Orcs in the WebbeExclusive!
"Alternative Armies in 2019" by Gavin Syme
It has been a whirlwind of a year for us and now that it is about to end we thought we would give you a little snapshot into what is going on at Alternative Armies and the plans we have for what we will be doing in 2019. Possible and Confirmed Projects. What can you look forward to roughly in the first half of the next annum? Perhaps things like En Garde for Valon and Hazabot for Science Fiction. Confirmed is a follow up title for Sengoku, three more USEME books, a lot of 15mm and 28mm miniatures, expanded 6mm and more besides. Plus news on The Ion Age. A lot to read. Find out within and thanks everyone for your support.

Christmas Day - A Flintloque Scenario
An Orcs in the Webbe Original !
"The Greatest Snowman" by CJ Hooper
The nefarious Orc land owner Rekhardt Cromfell has cancelled Cryptmas in a small village in a part of Valon known as The Glums where people have been going missing. Only Austin Powys, International Hobgoblin of Mystery, (and three drunken Elves) can stop him.