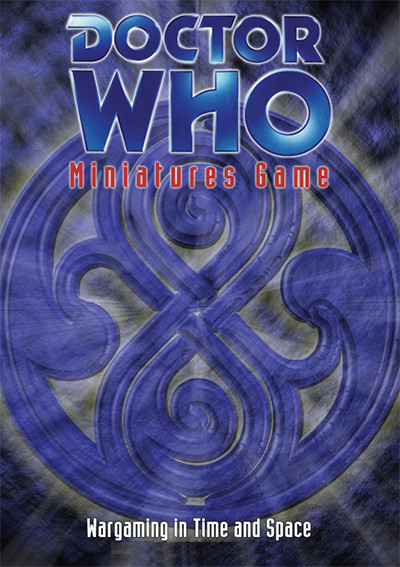 A Doctor Who Miniatures Game Scenario by Graeme Dawson 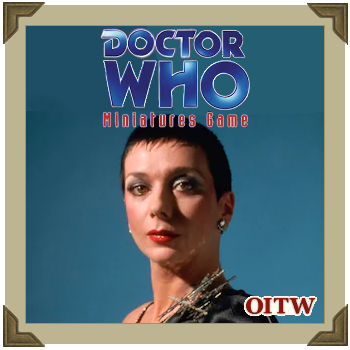 The original, fan created and not for profit Doctor Who Miniatures Game lives on in the hands of its fans.

For the first time ever, the Doctor Who Miniatures Game does Blakes 7, the other great sci-fi show of the 70s/80s.

Supreme Commander Servalan’s shuttle has crash landed on a barren planet. Both occupants have survived – her and her pilot. Through the shifting fog a dome can be seen some distance away – this indicates a society advanced enough to help, and is what the two Federation personnel are making for.

With the murky twilight and the dense fog swirling around, and possible movement among the scattered terrain, this might not be the simple dash it first appears. Plus Servalan is so wearing the wrong shoes.

“That’s not the Doctor, not unless he’s turned into a woman.” - Time Lord operative observing the events on Skaro

This is a 1 or 2 player scenario using the free Doctor Who Miniature Game rules. You can find the rules download on the facebook group: www.facebook.com/groups/1180247582062247/

Or you can contact Orcs in the Webbe and either Craig will sort you out with rules or he will put you in touch with Graeme, who is currently living a hermit-like existence on the planet of Gauda Prime.

With 2 players, one will be the Federation player and play Servalan and the pilot, the other player will be the Hazard player, playing everything else. In a 1 player game, rules are given so the hazards will play themselves.

Setting Up the Table

This scenario needs a table pretty much 48” (4 feet) square. Divide it into 4 x 4 imaginary foot squares. Find 16 markers of one description or another – or use the ones at the back of this PDF. Each 12x12” square should have 2 pieces of terrain (anything you’ve got), and one marker placed in it. If the hazard player is a person they can place the marker anywhere in that 12x12”. If not, place each
hazard marker in the centre of each 12x12” square.

Servalan and the pilot must choose one table edge and set up anywhere on that edge, within 2” of each other. Once the game starts there is no need for them to stay together.

Print out the 16 event cards, shuffle them and place them somewhere handy, face down.

The Federation player wins if they get Servalan off the opposite table edge. The hazard player wins otherwise. The pilot is expendable.

You can only activate half your models. And Servalan cannot run. Have you seen her shoes?

In either players turn, if a marker is 4” or closer to either Federation model, remove the token and turn over the top event card and do what it tells you.

Who knows what is lurking on this strange planet? Each event card will reveal a hazard, an enemy, or nothing at all, just to keep Servalan on her toes. If you reveal any of the following enemies, you must place them no closer than 8” to the revealing model, no matter where the token was.

If you are playing a 2 player game, ignore the movement and shooting instructions given below – the hazard player is free to move and shoot with models however they like.

Band of Mutos: Place 1D3 Mutos, within 2” of each other. If activated, Mutos will move towards the nearest model, then attempt to enter melee combat.

Dalek Patrol: The Dalek will ALWAYS activate each turn, and always follows these rules. It doesn’t count towards the number of models the hazard player activates each turn. The hazard player can decide exactly when in the turn to activate it. The Dalek will move towards the closest non-Dalek model and shoot if it is able. It will not move closer than 4”, and will attempt to retreat to this distance if it finds itself closer to any other model(s).

Thal Patrol: Place 2 Thals within 2” of each other. If activated, a Thal will attempt to shoot the closest model, and then move up to half their Move distance towards that model. If you are playing a 2 player game and need to place any templates, you can place them so that any part of the template is over the marker before it is removed. Otherwise place the centre of the template over the centre of the marker.

The other event cards are:

Fog Bank: Place a 5” Fog template. Movement is unaffected by the template, but shooting cannot take place through it.

Gas Cloud: Place a 5” Gas Cloud template. Models moving through or ending their move must roll over their Def on 6, or they will suffer 1 hit. Daleks and Thals are unaffected by gas clouds.

Giant Clam: The model closest to the revealed marker has their leg trapped in a mutated fauna. They cannot move from their position until they succeed at an opposed Str test (the Giant Clam counts as Str 5). Once free the Giant Clam sinks back into the mud.

Movement in the Fog: The hazard player can move any one marker up to 3” (or move the marker closest to any model). This can trigger another reveal.

What a presence Servalan had on screen! I was 8 when I first saw her in Blakes 7, she had this massive “evil but sexy” thing going on. Flirting with subordinates then killing them out of hand. Then later on getting it on with Avon, and Tarrant while hunting them down. What a character! She may be gone, but all it takes is a DVD or audiobook and she’s right back there, mad as anything.

If you fancy enhancing your games of the Doctor Who Miniatures Game or getting a little touch of Blake's 7 in your miniature gaming then do check out the amazing website, Beast in the Broch. They have a wide variety of 28mm miniatures and beautiful six sided dice that might be just what you're looking for...