The Cattle Raid of Guli

"The Cattle Raid of Guli" 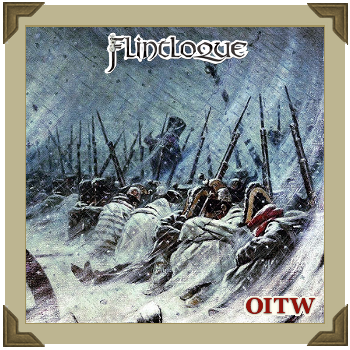 Image from Vasily Vereshchagin's "The Night Bivouac of the Napoleon Army..."
(see end of article for more details)

A cadre of the Star Wraith's Ghouls aided by two of Bakerov's delicious creations make a night raid on an unsuspecting Elven Field Hospital deep in the Frozen Witchlands in this Flintloque scenario for two players.

“Ah Kamerade Kepitan Guli Ghoulinkov, come in, come in." The General paused as he put down a haunch of goat with evident disgust. “We have had nothing but goat for far too long, da?

"Those suka Vampyres keep all the corpses to make zombies and those they capture they soon make corpses anyway.

"Which is why I called you here. ‘An army marches on it stomach’ So says that upstart Mordred da? Our men are sick of goat. It’s time we gave them real food.

"We have located an Elven hospital, not too far from here. Take a section, and some kitchen corps troops, and round up the Elven cattle you will find there. Of course, you need not limit yourself to Elves. Dog, Toad, even Dwarf would be a welcome change, da?

De Droit pulled his collar even more tightly closed as if that would help at all against the chill winds of the Witchlands.

“I’ve stuffed my coat so full of straw that I could easily pass as a scarecrow back in Provigne." he thought.

"Mon Dieu but its cold out here. At least if the wind blows me over the straw will act as a ready-made bed in which to sleep. No. That way lies Death and I must not succumb. Best turn my thoughts to matters more practical. My troops, such as they are. The barely recovered wounded of a hundred fights. Now here they are, my troops assigned to protect this hospital safe in the rear while my Brother Officers of the sixty-sixth ligne are off earning gloire on the fields of battle.

"Merde! How my thoughts drift. Like it or not the Emperor needs me to nursemaid his wounded and so that is what I must do. Best check my piquets to ensure none of mes infants have drifted off, for to fall asleep out here, far from the warmth of the tents means death just as surely as a musket ball or slashing sword cut…Mon Dieu! Shadowy figures emerging from the wood...

“Bonhomme en pain d'épices! Sonner l'alarme” he cried, breaking into a run and calling out his troops!

Kepitan Guli Ghoulinkov’s section must overrun the hospital in enough time to allow transport of any captured enemy, alive or dead, back to his Regiment’s kitchens before Ferach or even Vampyre led forces can intervene. The clock is ticking. Kepitan Ghoulinkov has 10 turns in which to clear the camp of resisting foes.

Major Facultie de Droit’s ad hoc section must prevent the hospital from being overrun. Remember it is your job to save the wounded from a very unpleasant fate indeed. If at the end of the 10th turn, there are still Imperial troops within 15cm of any of the tents, the Ferach player may declare victory.

Kepitan Guli Ghoulinkov has been given command of a section of 8 Chosen Ghouls, and two Gingerbread Men (see special rules for their delicious stats).

There are two possible sections outlined for use by the Ferach player. The first one is a truly ad hoc force featuring most of the races that make up the Grande Armee du Norde. The second is a wholly Elven force.

If desired the Ferach player may make a force of his or her own design featuring any Imperial non-giant races. Spend about 300 points on Regular Troops with no more than one Veteran and one Experienced characters. Remember that all of these poor fellows have recently recovered from wounds so this is a great opportunity to get creative with flaws.

The game takes place on a 120cm x 120cm surface representing a clearing in the deep pine wood. All surfaces are covered with the snow so endemic to the Witchlands but in this case the snow is light enough to have no effect on play. 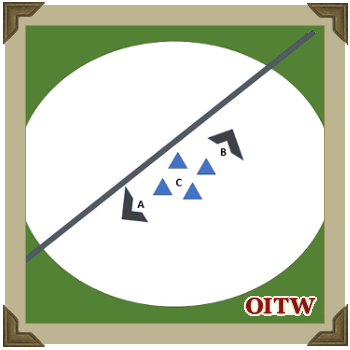 The hospital is a cluster of tents in the centre of the table. The tents block line of sight, but only offer obscurement (-10%) to figures seeking to use them as cover. There are two “L” shaped biscuit box redoubts on either side of the camp covering the track to and from the clearing. Each is only large enough to really offer light cover (-20%) to up to three figures each. Note that being biscuit boxes rather than proper redoubts, they will also offer light cover to those in contact with their outside just as would a fence or hedge. The trail itself is more notional than practical, given the snowfall, but does mark where sleds and wagons full of the wretched wounded and supplies access the hospital proper. While the hospital does indeed have staff and patients these are considered to be cowering and hoping for a successful defense, or facing a too brief captivity depending on how the game plays out. Staff and patients play no role in the fighting. Finally, the clearing is edged on all sides by light woods (-20% when shooting at figures within), beginning about 50cm from the centre of the camp in a fairly circular pattern.

Major de Droit’s troops deploy first, with two figures on sentry duty within each redoubt (points A and B on the map), and the rest assembled in the centre of the camp, where the good Major has called them to arms.

Gingerbread Men: In order to facilitate his raid, Kepitan Ghoulinkov has been given the services of two of Bakurov’s Mark II Gingerbread Men. Intended mainly to haul away any captured “cattle” as well as haul the sled on which they will be carried, these sweet treats may also be of use in subduing the Imperialist’s guarding the camp. Unlike their Mark I forebears, these Gingerbread Men are fully autonomous, if not self-aware, and can carry out simple tasks as ordered. As such they man not use firearms or indeed melee weapons although their sugary fists of fury will make them a difficult foe for most opponents.

See Alternative Armies Salute 2012 scenario “Sharke’s Gingerbread” by Gavin Syme for the 'official' Gingerbread Man, as well as Flintloque 3rd edition rules for their use and a cracking scenario to boot. (PDF coming imminently to Orcs in the Webbe. Craig, Ed.).

And don't forget to have a look at "...And He Had Raisins For Eyes!", the original Flintloque Gingerbread Dwarf scenario by Matthew Hartley which led to Tony Harwood sculpting the Gingerbread Men for Alternative Armies.

And (this section just keeps on giving, it is Christmas afterall) anyone interested in reading Tony's superb blog about his creation process of this somewhat unusual fantasy figure you can read "Gingerbread Mania" over on his blog, Dampf's Modelling Page.

This article was written exclusively for Orcs in the Webbe and was first published on the 6th December 2017 as part of its 2017 Advent Calendar.

You can still buy the amazing and extremly unique Gingerbread Men set from Alternative Armies here on thier webstore (although it is a VLE limited to 250 sets ever so don't dally ;) ).

And as promised here is the full, an somewhat evocative image Vasily Vereshchagin's "The Night Bivouac of the Napoleon Army during retreat from Russia in 1812". Oil on canvas. Historical Museum, Moscow, Russia. 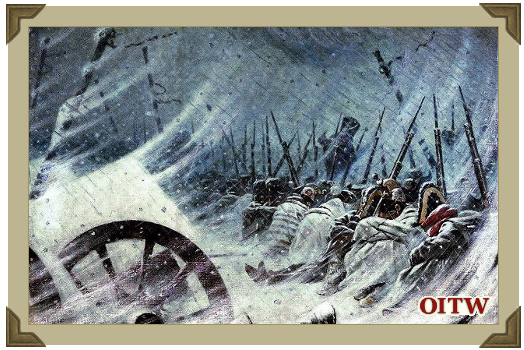