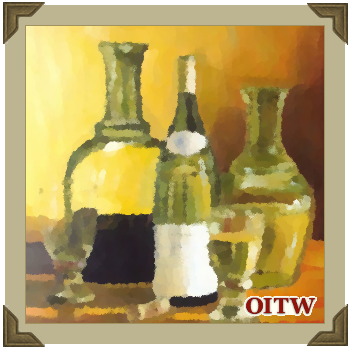 Keeping the discipline of an army on the march is a hard task indeed, and few aspects of keeping discipline are as challenging as the lure of alcohol.

Distractions and Asides are short rules supplements for you to add to your games of Flintloque the Skirmish. They are superficial and are not needed for normal play. That said, whilst they add nothing to the core ‘engine’ of the game, they do enrich the overall 'feel' of the game. All Distractions and Asides are optional suggested additions and should be agreed upon by all players before the game begins. Don't forget they have been written with one simple goal in mind; fun.

Keeping the discipline of an army on the march is a hard task indeed, and few aspects of keeping discipline are as challenging as the lure of alcohol.

Soldiers of all kinds love to drink the ‘demon drinke’ as the Joccian’s call it (and they imbibe more than most!). Ensuring that these soldiers arrive for a fight sober is not easy. The constant threat of death, injury and receiving pay worse than that of an Otharmann galley slave makes the attraction of booze all the stronger.

To add the Demon Drinke to your games of Flintloque you can add the following elements:

The enemy have taken you by surprise; be it on the march, or at night in camp, however it happens the result is the same; some of your force have been at the bottle and are worse for wear due to it.

At the start of the scenario you must roll on the ‘Tipple Table’ for every soldier in your section. You must then abide by the results during play.

This can seriously change the balance of power in a scenario, your Orc redcoats might be fine fighters but after a gallon of grog each they couldn’t beat a section of Raw Todoroni militia!

The Modifiers (apply these before consulting the Tipple Table)

Any passed out character remains stationary and does not move unless they get a result of 6+ on a D10 roll when activating (except Dead Drunk characters who must roll 8+).

A character who has recovered comes back at one stage less drunk than when they passed out.

A character can pass out any number of times during play but only once per Turn.

Each turn there is a chance a drunk character may sober up slightly. When activating roll again on the Tipple Table applying the standard modifiers plus an additional -5% per game turn, if the character gets any result lower than their current state they 'recover' by one stage.

‘Woz that? I smells juniyper!’

During a game you might want to place one or several catches of hidden, or in plain sight, alcohol as temptation. These can be as large as a Dwarven Brewery’s casks or as small as a few bottles of rancid wine left in an abandoned hovel or even a hip flask in the pocket of a dead body.

Once you have decided on the reason place it on the table.&amp;nbsp; If a character comes within 5cm of a small cache of booze, or within 15cm of a large and obvious one they must test for the chance that they give into temptation. This test is only taken once by rolling on the Tipple Table as normal with the following additional modifiers:

The character must then suffer the effects for the rest of the scenario or until they wear off.

Who likes what? - Racial Drinking Habits

For more of a Role Play element in scenario creation or whilst playing here is a list of which races prefer which types of booze, we suggest using a -20% modifier for booze not of the preferred type.

The Undead of the Witchlands do not normally drink anything as they are nothing more than animated corpses. Should they happen to drink anything they do not suffer from drunkeness. Some Mortal Creatures of the Witchlands however, such as Vampyres, may be tempted by alcohol. Just use the rules as above but with a -20% modifier on any type of booze (except perhaps a vintage expensive wine or even mortal blood laced with spirits).

In the Witchlands, or other places when the need arises, the time could come when instead of drinking that bottle of Czar brand Wodka you may have the desire to light it and throw it at an enemy. This is a highly effective tactic against Zombies. To do this the alcohol must be a Spirit and must be bottled. It takes one action to light the bottle and throw it. Treat it as an Elf Fyre Grenade as per the normal rules. However, the character must pass a test by rolling 6+ on a D10 to commit this act, as the idea of wasting booze is so horrid. A modifier of +3 is allowed if a Zombie is within 15cm of the character. Setting fire to one's supply of hooch seems like a much better idea when being advanced upon by a walking corpse.

The above article was originally published on Alternative Armies' content portal, Barking Irons, and is reproduced here with permission.