"A Sneak Peek into Early 2022 for Flintloque"

Gavin Syme, Head of the World of Valon and Lead Writer at Alternative Armies, brings us a cheeky wee peek of what they have planned for Flintloque in the early half of 2022! 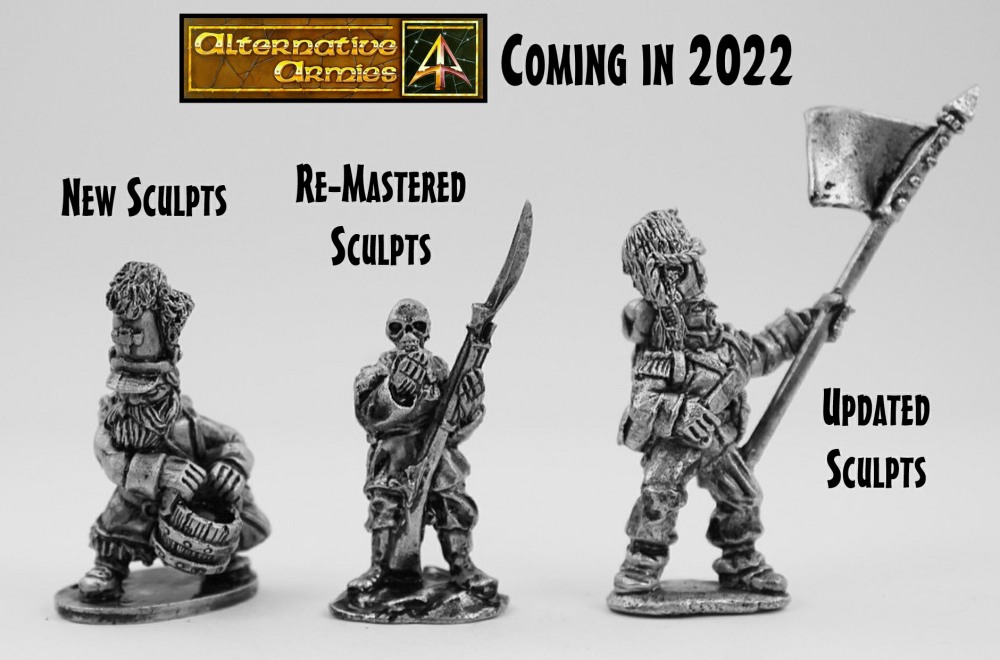 It is a tradition to give a little peek into the future when the Orcs in the Webbe Advent Calendar closes up upon the day before Christmas Day. This time I was delighted to be able to give a glimpse into what will be happening for Flintloque as 2022 kicks off. Not what is happening for the whole year oh no as your powder would ignite in the waiting but rather what is 'next' when January comes around. Keep in mind that we have many other things in development but we are focusing here on Flintloque. I also mention some possibles. Now then 'Muvver' what's dat you are saying...

The miniature range is huge and is now in fact so large that even I cannot remember it all without reference. I keep these notes alongside the requests list for new releases and the remolding list for molds which have worn out from hard years of duty. Early in 2022 we will have new sculpts, re-mastered sculpts and updated sculpts. New is what it says while re-mastered means cleaned up masters with minor alterations. Updated means in this context actual changes to an existing master. 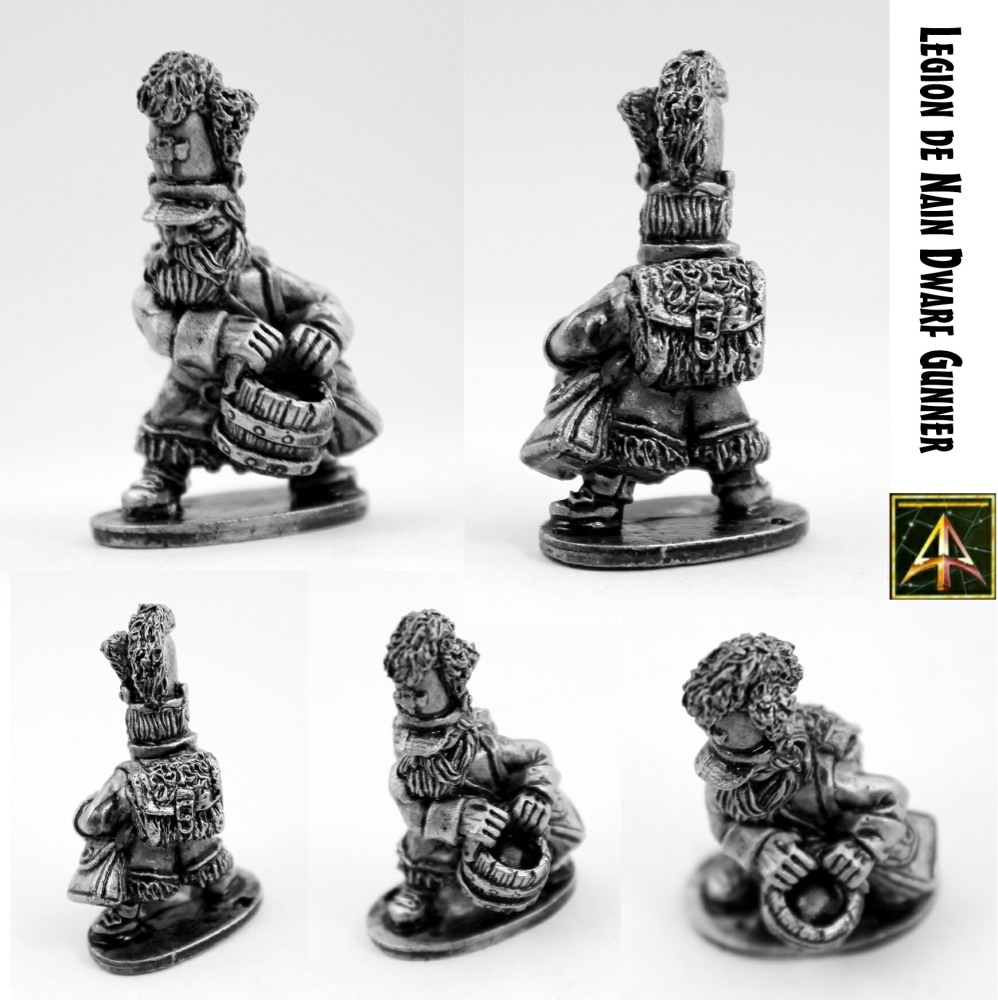 The new I have to show you is the first Dwarf sculpted by Sam Croes for the next release in the Legion de Nain grand project. First new of 2022! As you will be aware there are now some fifty new poses in the Legion all released in this year. We are entering the next phase of the project which will focus on finishing the cavalry, the artillery and senior command. Across next year these will all appear. Right here though this dynamically posed legionary is bringing the water bucket ready to aid in the sponging out of a hot barrel. He is one of six new poses for the gun team which will pair up with your choice of already released Limber Pummilig Pig and Limber Boar. The other five give the typical roles of officer, rammer, ball, hook and sponge though with some interesting takes on their posing making them it bit more expressive than the other Dwarf Artillery Crews. Check out the Confederation of Finkelstein for the legion. 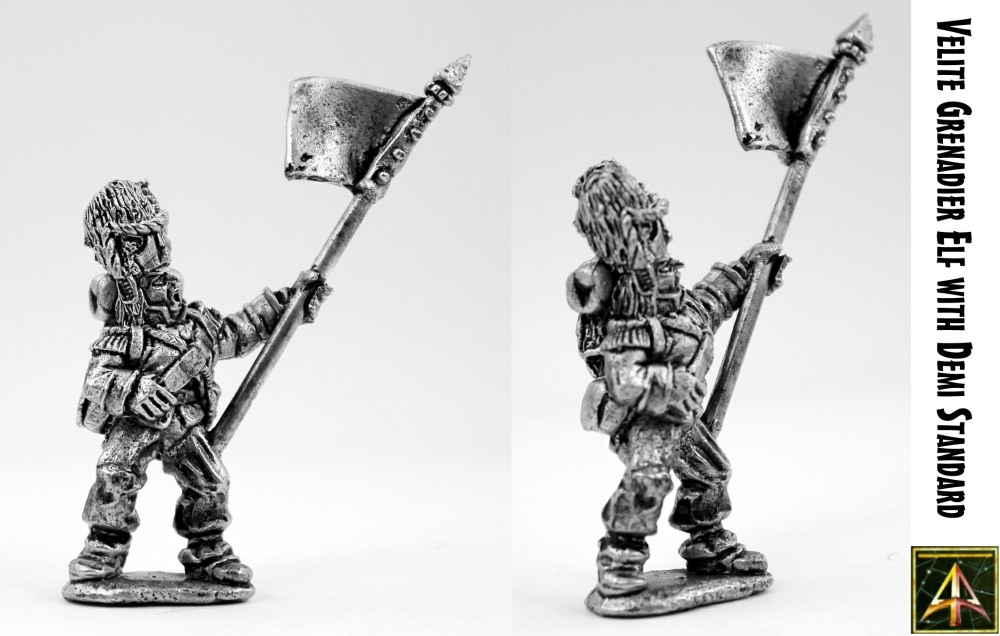 A major item in replacing molds this winter was a total replacement of the 5103 Velite Grenadiers de la Garde big set. As a part of this undertaking I addressed something which has been a bit of a bug bear since 1999 for me. Namely the pole on the demi-standard bearer pose. The one weak point in an otherwise superb twelve sculpts by Mike Owen. In an update it has been thickened and its position moved for what I hope you will agree is an improvement. This pose is now part of the set though the images do not show it as yet. While I cannot say a lot more this is the first move in a small project to expand the Velite Grenadiers in 2022. Using the original dolly and parts there shall be a colour group with full size banner pole as well as casualties and hopefully a character too. After all an Elf Column is a big part of many Flintloque scenarios and indeed a constant in Slaughterloo battles.

Now for things which may occur in the World of Valon. 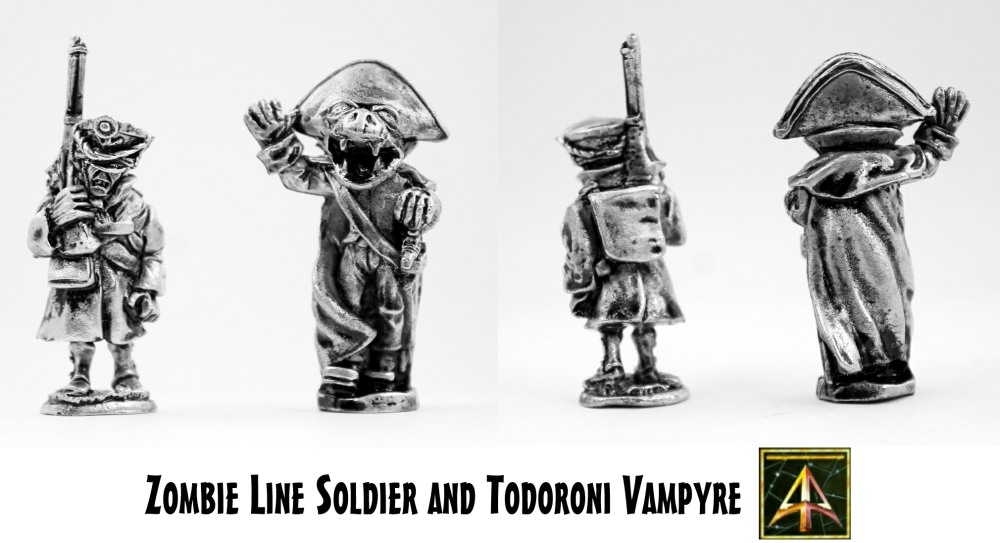 A perennial favourite is the 55508 Zombie Line set which has be re-molded for the fifth time since its late 90's release. Eight Zombies with muskets which tie into the Undead Command Set. There is a plan to create a new colour group for these zombies with banner bearer, drummer and sergeant in the same uniform. Rob Alderman made a contribution to the minions of the Dark Czar with the 777th Croaked Line and it has also now been remolded. My favourite pose from it is the Vampyre Officer which you can see here which is unique in the range. 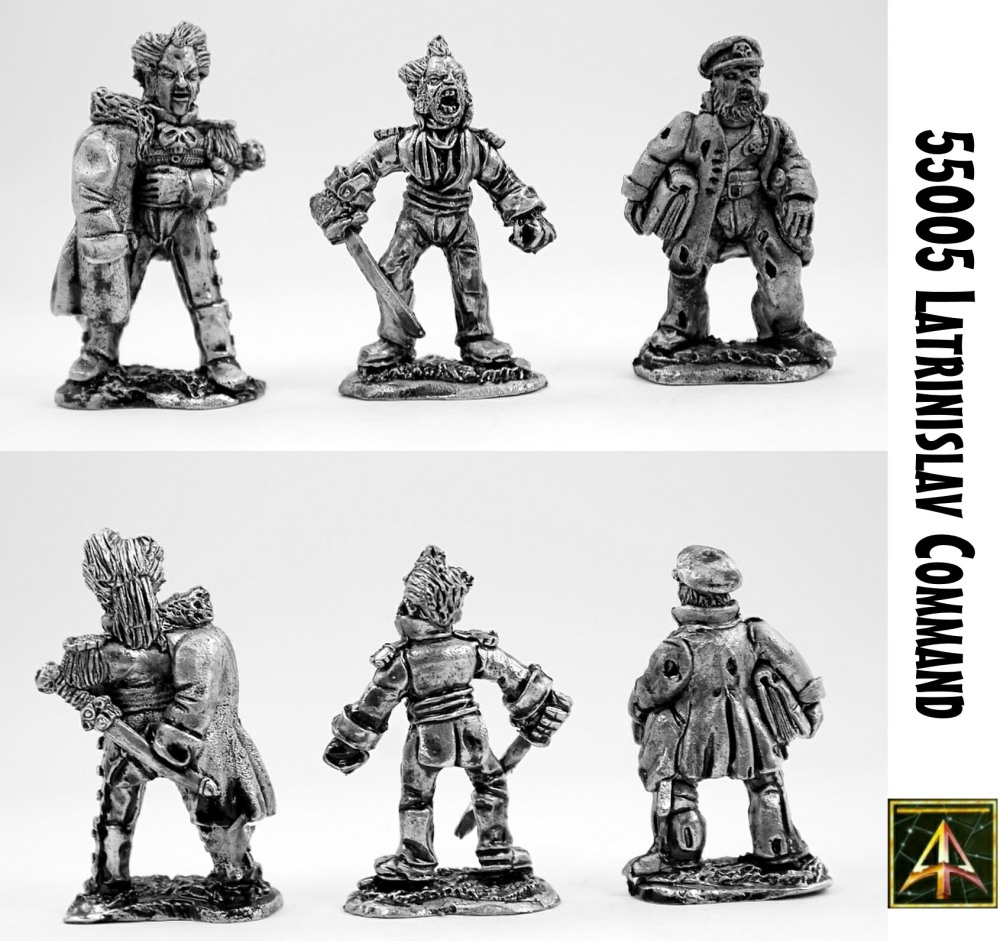 Next year it is planned to restore the classic Deadloque box of sixteen miniatures (well actually seventeen but more on that at the time) so that the characters from 5024 Escape the Dark Czar beginners set have allies who have been in the snow much longer. While Deadloque itself is long gone replaced with Death in the Snow the miniatures are just as valid. Leading into this many requests have been made to get one of the classic blister packs back namely the Latrinislav Command returned and this has been done. Vampyres and a Liche. 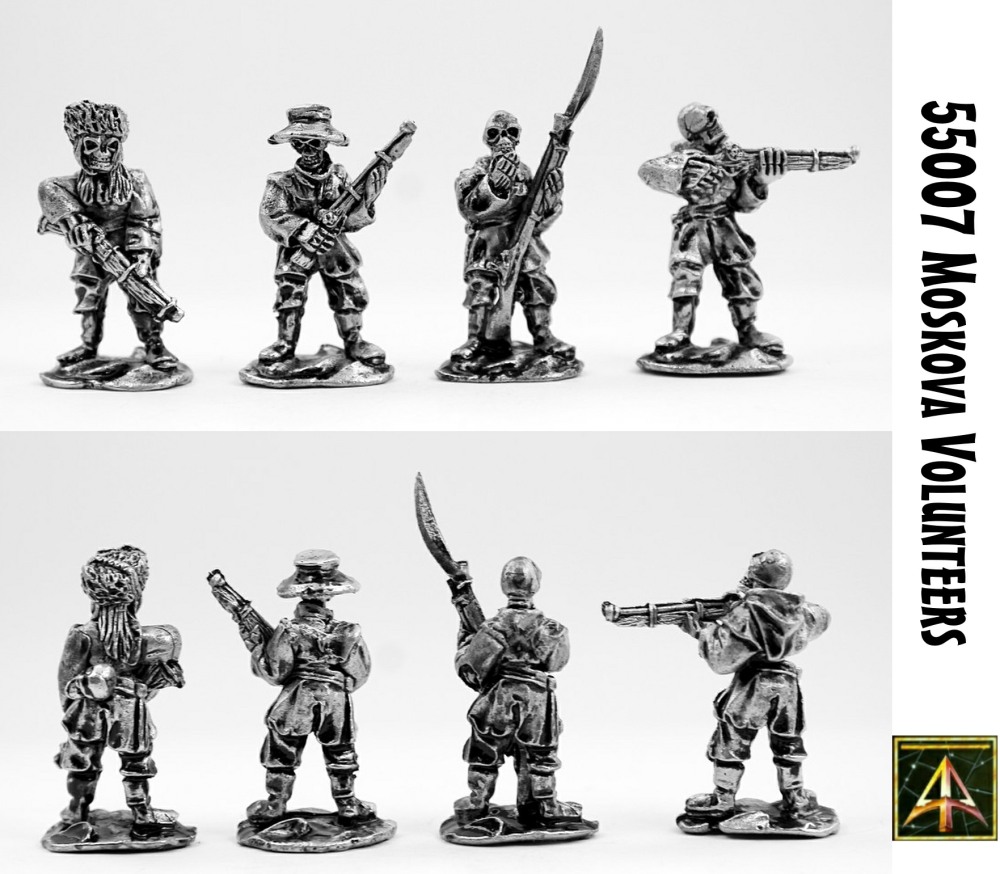 Out of production for many years and somewhat forgotten are the Moskova Volunteers four skeleton militia which were among the first releases in the Witchlands. The miniatures had a few issues and so this November I had them re-mastered with gap filling and adjustment of two spines as well. Smaller than most other miniatures their price reflects this but I do hope that we will be able to 'flesh out' the Moskova Volunteers in the future. After all the townsfolk, serfs, merchants and so forth of the Witchlands are depicted in Edward Jackson's artwork but not as miniatures.

I hope you enjoyed this little window in the the start of next year for Flintloque with what will be happening, what is coming and what might occur too beyond this. As always if you have some input I want to hear it so get in touch.

You can order a host of marvelous things from Alternative Armies by clicking here or on the big AA graphic below. Once there click on the little magnifying glass icon in the top right to use their excellent search feature to find the products you want.