An Original Board Game of Sinister Ramblings by Matthew Hartley 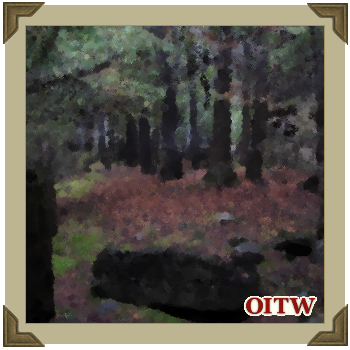 You must guide your section of ten soldiers out of the mysterious forest before the Darkness that lies within claims them all in this Print and Playboard game for 1 or 2 players.

"If you go down to the woods today you’re sure of a big surprise..."

The Lost Patrol is a solitaire game pitting the eponymous lost soldiers against the wild wood and the fell beasts within. The game is not set in any particular era or even genre, although magic is not common and dire creatures in lonely and confusing woods are. Well-painted figures from popular ranges always make a game look nice, but are not strictly necessary to play.

The Deserter, I have also included a multi-player variant, The Deserter, to give players somewhat more value from all the map tiles once they’ve printed and laminated them at work.

The game is played on a grid of map tiles. Each map tile represents a portion of the wild and forbidding wood with an ill-defined path.

You can print out the PDF below to use for your tiles, there are two double sided sheets of A4. You do not of course have to print the backs if ink is an issue.

The breakdown of tiles are as follows: 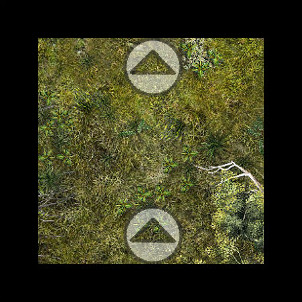 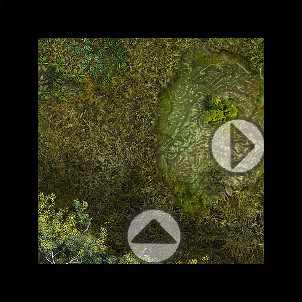 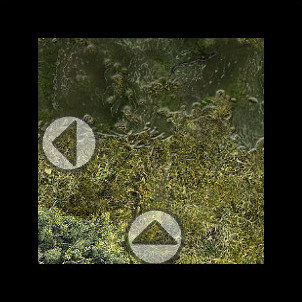 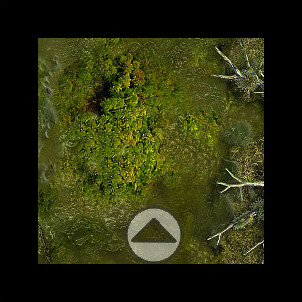 Turn Right or Straight Ahead: 5 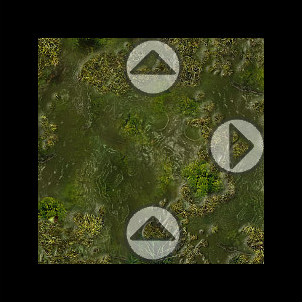 Turn Left or Straight Ahead: 5 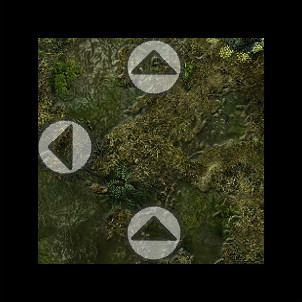 You will also need a token to represent the tile on which your squad is currently on as well as a single six sided die (D6).

The tiles are shuffled into a face-down deck

The game begins with 49 of the tiles placed face down in a seven by seven square grid. The remaining tiles are set to one side.

The patrol begins the game in the centre of the grid, on the square 4 tile in from each side. This tile is turned over, revealing one or two exit arrows.

The patrol must move off its current tile and on to an adjacent tile, but can only move onto tiles indicated by the exit arrow on the current tile.

When the patrol moves on to a new tile that new tile is turned face up and the entry arrow on that tile is aligned with exit arrow of the tile the Patrol has come from.

Once the patrol has moved onto the new tile, the tile it has moved from is placed ia discard pile and is replaced with another face down can from the draw pile set aside at the beginning of the game.

If the draw pile is ever exhausted of tiles, the tiles which have been discarded as a result of movement are shuffled together to form a new spares deck.

If the Patrol manages to leave the grid via an exit arrow they have successfully completed the game.

However, it’s not quite that simple…

Something Sinister in the Woods

Every time the Patrol enters a map square, roll the D6. On a score of 1, 3 or 5 the Patrol has been attacked by some horror in the woods.

To resolve the attack, the Patrol player must “bet” 2 to 5 of his soldiers against the monster (the Patrol starts with 10). The player states how many figures he is betting and rolls the D6.

If the die score is equal or greater than the number of soldiers bid, then ALL the soldiers how have been bid are killed and removed from play.

Roll another dice, if the score is 1,3 or 5 the monster retreats to feed on their bodies, if the roll is 2, 4 or 6 another round of combat must be fought.

If the die score is less than number of soldiers bid, then the horror has been seen off… for now.

If the Patrol loses all its members from attacks it loses the game.

The Deserter – 2 Players (also with an additional solo option)

The game can be played with two players, one plays with a single figure representing a Deserter, who beings in the middle of the table. The other player, the Pursuers, has his unit of 10 figures who may enter the wood grid from any edge.

The Deserter player moves first, followed by the Pursuers, in the same manner as described above. All the Pursuers must move as a group, they may not split into more than one group.

The Horror in the woods attacks the Pursuers only on a roll of 1 or 3. It does not attack the Deserter, who is benefiting from his true-love’s lucky charm.

The Deserter wins if he can exit the wood alive. The Pursuers win if they can move on to the same square as the Deserter and leave the wood with him

There are so many ways to shake the Deserter variant up

- The deserters can split their starting groups into more than one in an attempt to tap the deserter. However, the weaker the starting groups the more chance there is that they will be overcome by the Horror in the woods.

These are small changes which you can apply to either the normal game or the Deserter variant to mix things up a bit. Each offers a radically different playing style. Do note that both these mini variants could lead to you being trapped

In this variant you do not replace the tile your patrol has moved off. If you draw and place a tile that leads to an already discovered tile you may move onto it but cannot go back the way you came unless there is already an arrow pointing that way.

When you leave a tile you leave it where it was and re-orientate it in any direction you choose.

This game was written exclusively for Orcs in the Webbe and was first published on the 1st December 2015 as part of its 2015 Advent Calendar.