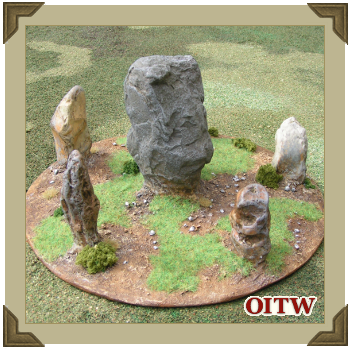 Master modeller Tony Harwood takes us step by step through the creation of a simple but tremendously functional piece of terrain that can be used for many different games systems.

December last year saw the launch of a new game from Maveryc Games. S.P.Q.oRc – Pax Bochemannica, which pitches brutish Orc Legionnaires against equally uncouth Boche Halflings. I was lucky enough to be involved in some of the pre-production work and built some themed terrain pieces which were to be used at the demonstration games in 2013. The game was withdrawn from sale and didn't get a full release. However, the terrain I designed has a place in many game settings, here is one of the pieces I designed for it, a ring of standing stones. 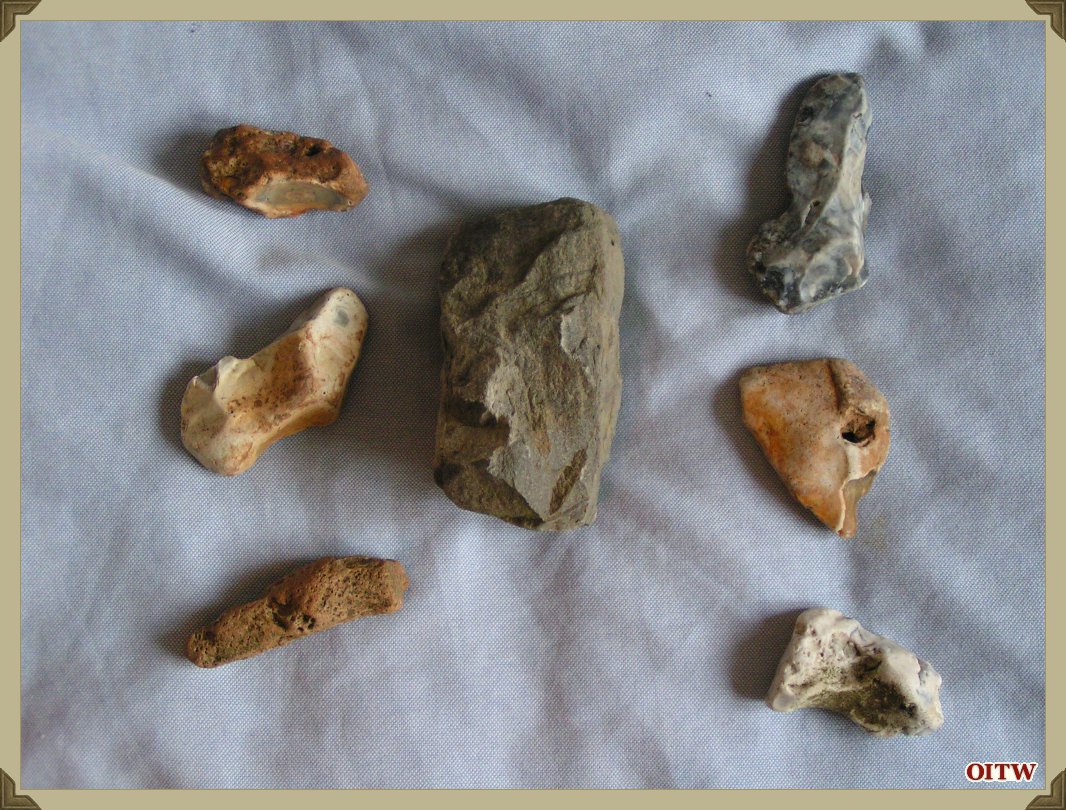 On a visit to my Mother-in-Laws, I picked up a pocketful of suitable stones, one large central stone and some smaller flint shards.

I cut a simple circle from some 3mm thick plastic card, the sort that sign makers use and chamfered the edges. 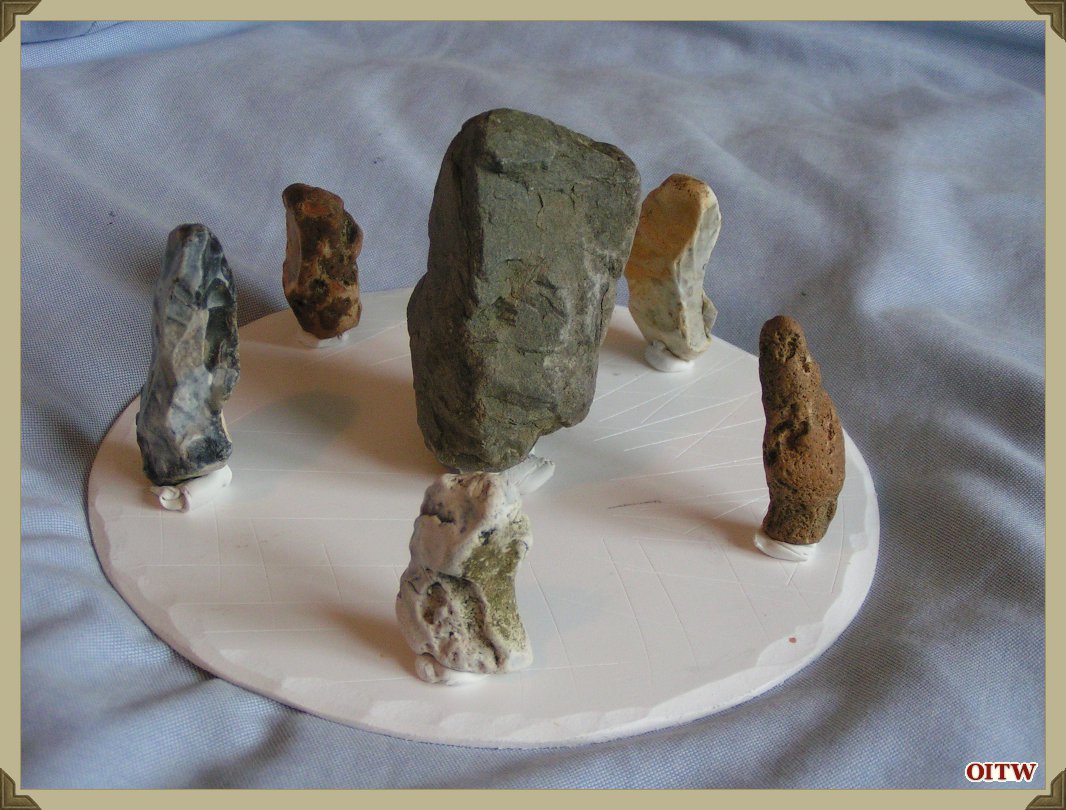 Here you see a ‘mock-up’ of the planned piece. 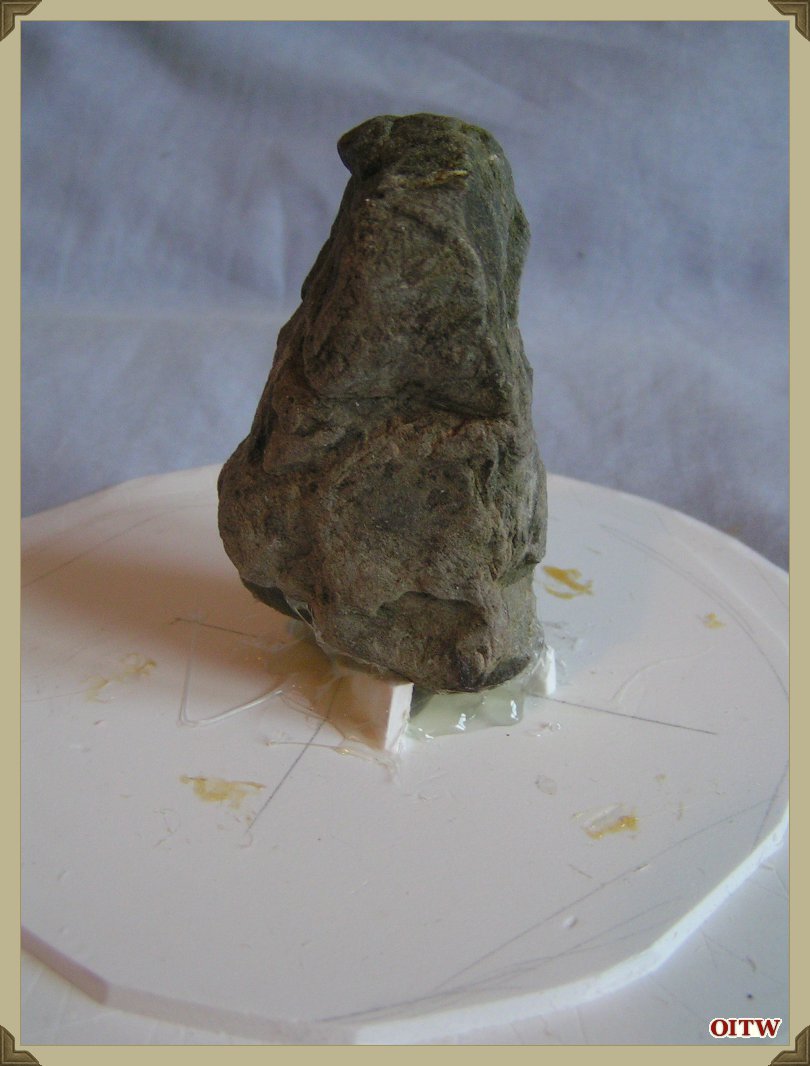 I attached a smaller ring of plastic card to the centre of the bigger one and superglued the largest stone in place. I have reinforced the base of the stone with odd scraps of plastic card, superglue and glue from my Hot Glue gun. 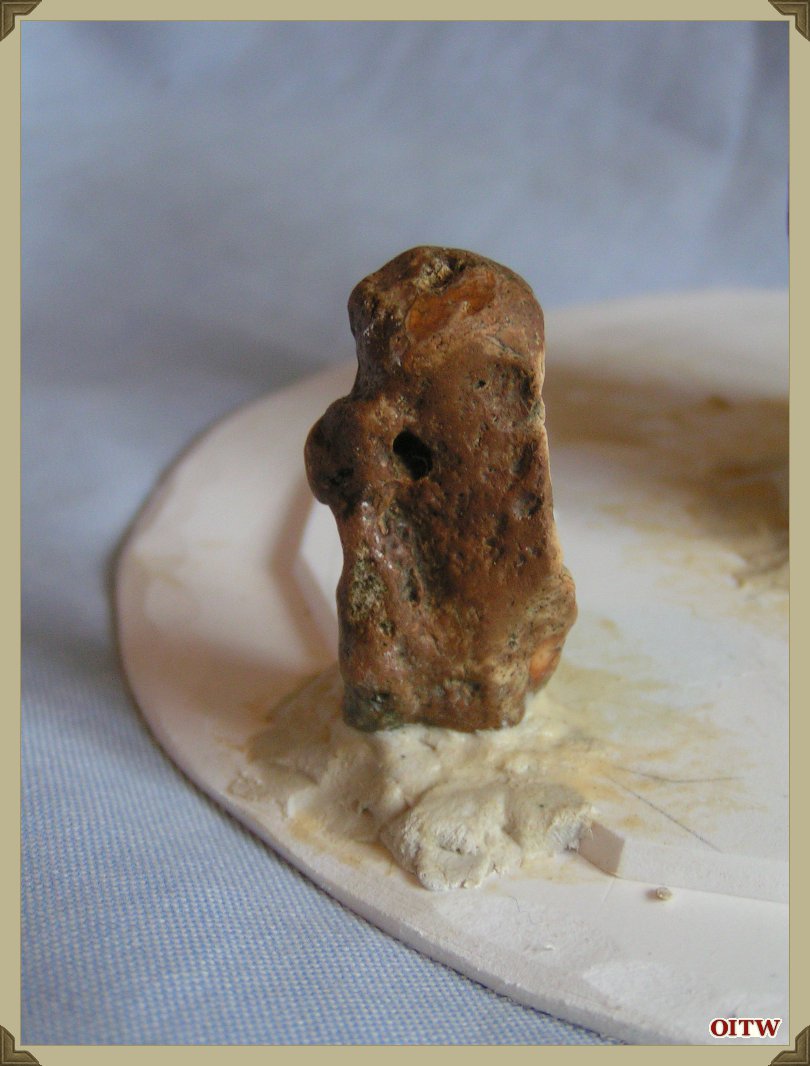 The smaller stones were attached in a similar way with the foundations built-up from DAS modelling clay. 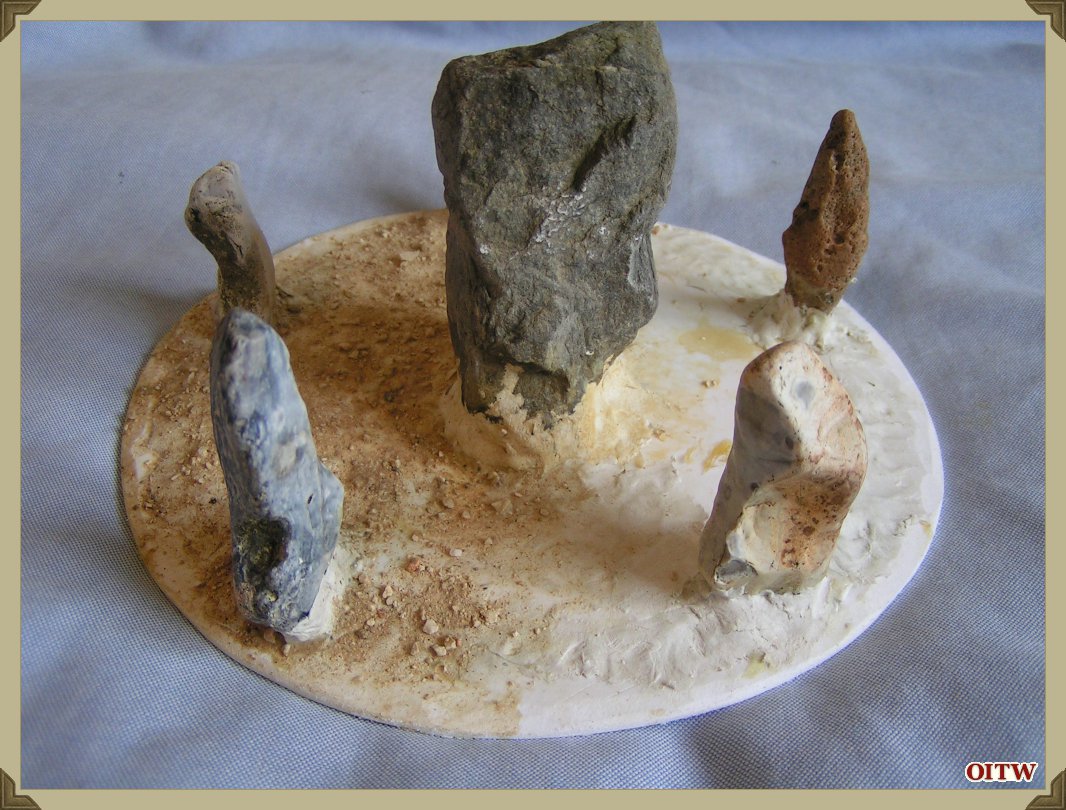 I choose to add five smaller standing stones and used DAS to ‘blend them in’ to the groundwork. When this was finished I added some sieved stones and fine sand to the base over a dilute coat of uPVA glue. 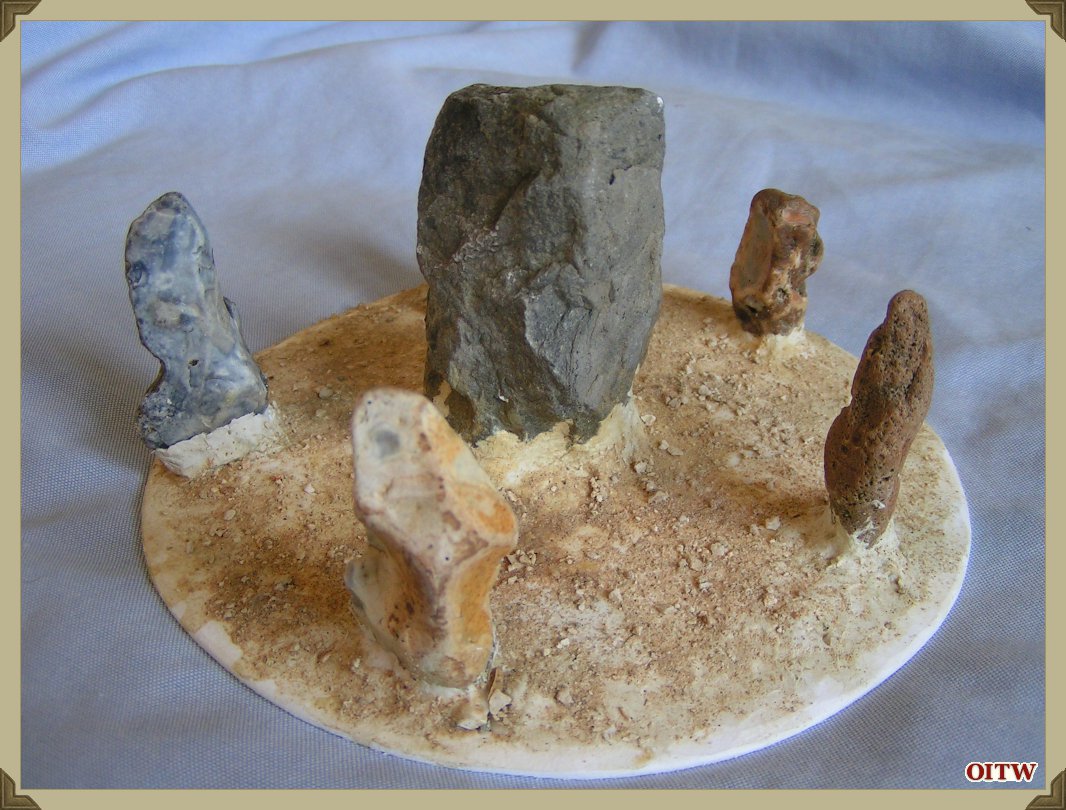 Here you see all the modelling finished and awaiting a coat of paint. 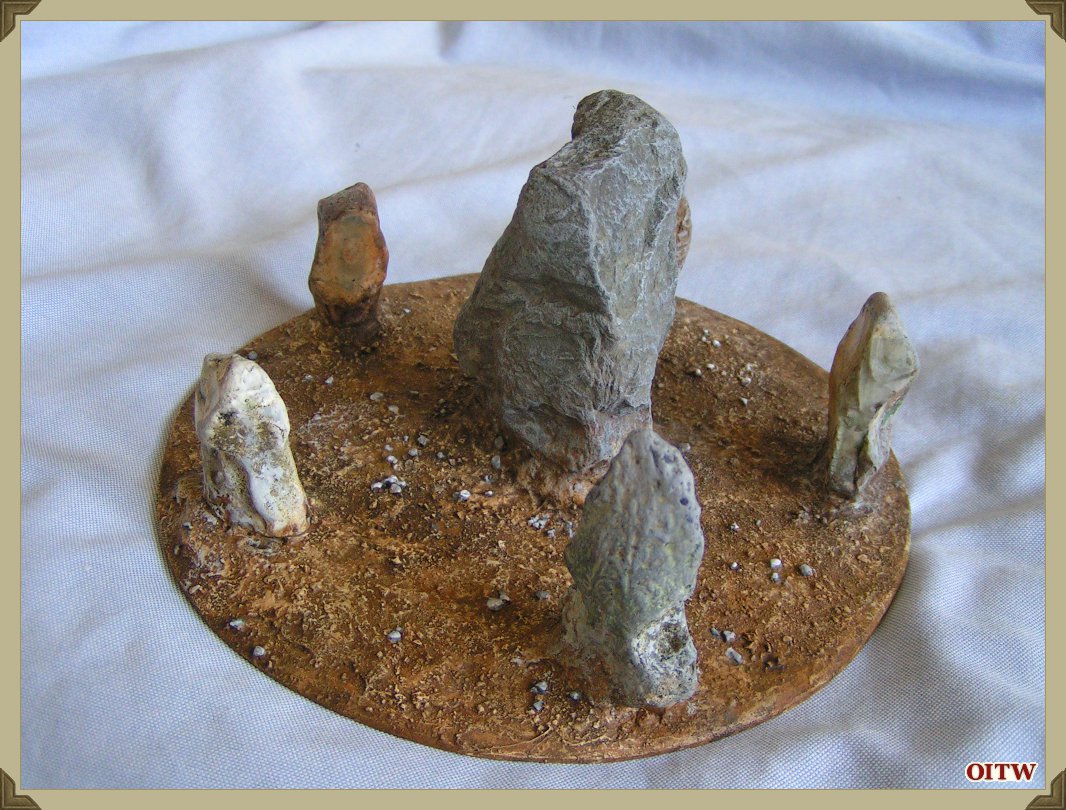 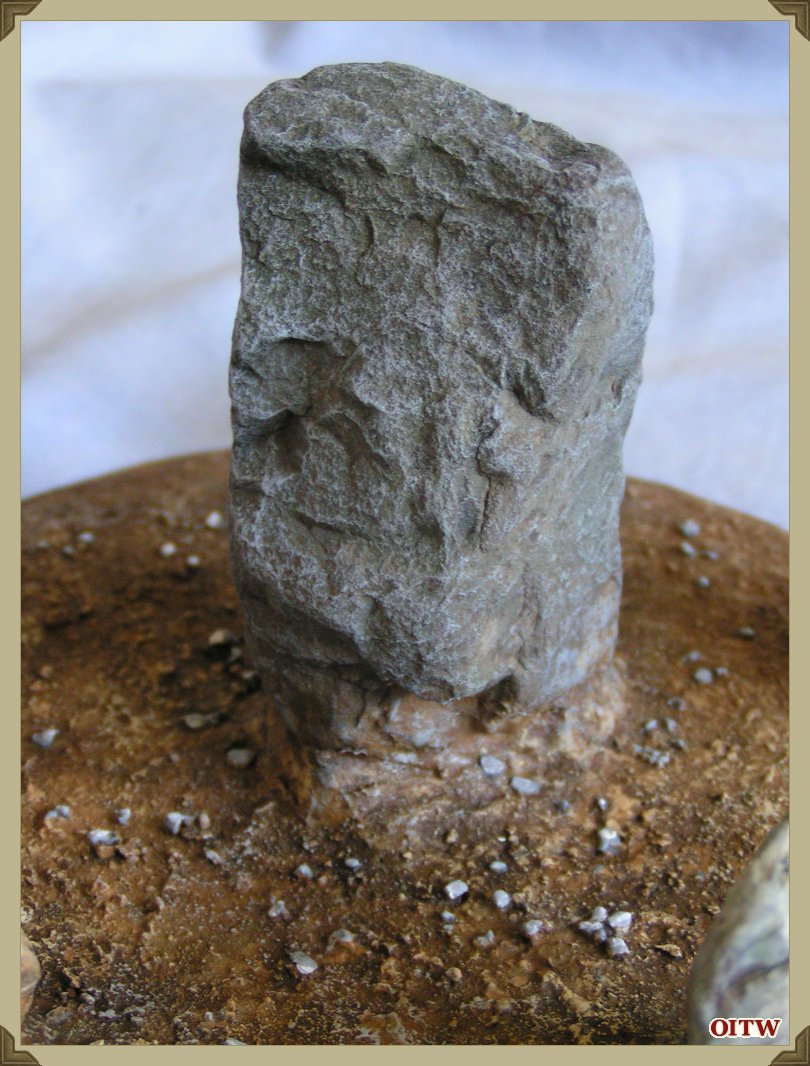 The standing stones were left unpainted and simply drybrushed with Grey and Grey/White. Small individual stones were picked out with a mix of Chaos Black and Skull White. When fully dry, the whole base was washed with Sepia and Black washes from Citadel. 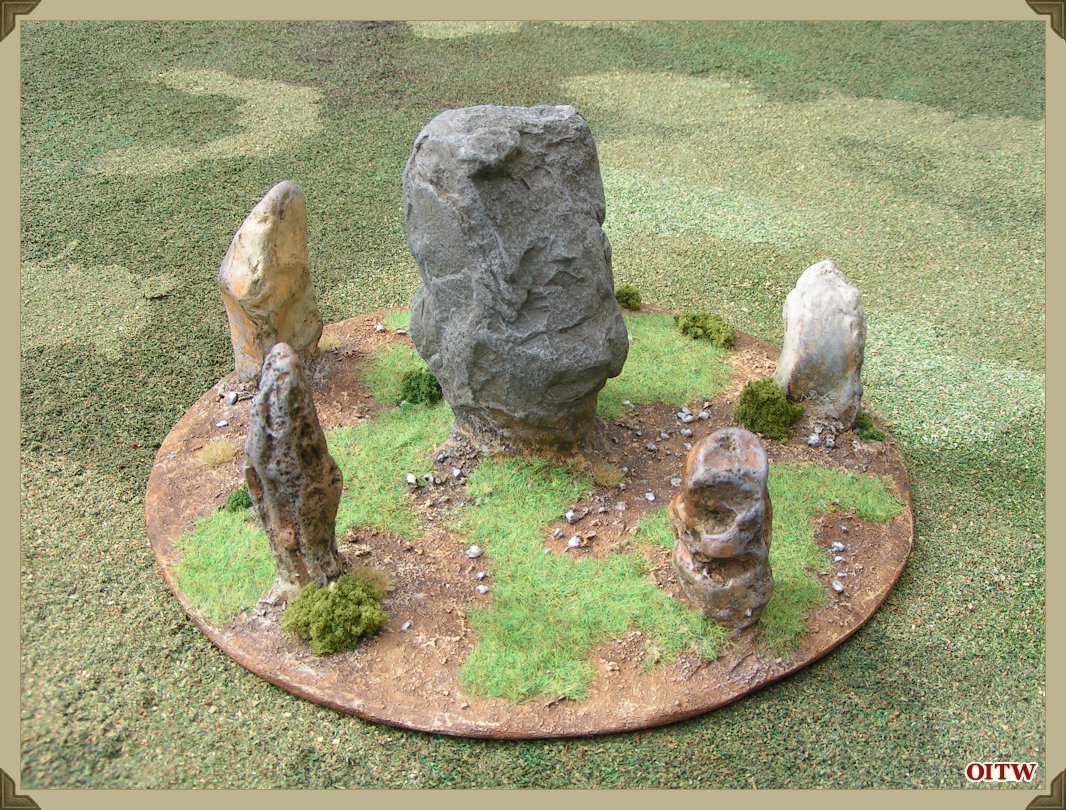 A simple (and very cheap) piece of terrain that would be at home in many game settings.