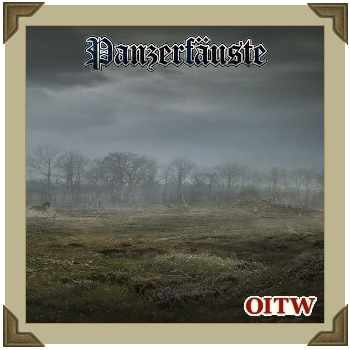 Two groups of prisoners have broken out and the only thing that stands between them and freedom is a perilous section of No Man's Land. Oh, and the fact they're from different prisons and headed towards each other.

'Right lads, now we've managed to get out of the prison camp, great piece of planning Delboy, though you were lucky with that last guard, we just need to cross this bit of ground and we are home free. How hard can it be?'

'Kongratulations mein ladz, we have given them Orcs a bloody nose, literally in your case Von Skult, and we can just be back home soon, just need to get over this last bit of ground, how hard can it be?'

So as is often the case, there are no prison breaks for months, and then two happen at the same time, what's the chance of that?

Each player has their own group of prisoners and their aim is to get them from their starting side across to the other side of the table. How hard can it be? Well, you have only a knife each, so no shooting, plus there could be patrols, artillery barrages, snipers, mines and who knows what else. Best to be sneaky and stealthy, as you don't want to raise any alarms.

You have ten Orcs, armed only with their wits and one knife, who are Guts 8 and one leader who has a tin hat and thus is Guts 9.

You have ten Dwarves, armed only with their charm and one knife, who are Guts 8 and one leader who has a helmet and thus is Guts 9.

The path to victory lay the other side of No Man’s Land, so there should be plenty of ruined buildings, low walls, craters, etc, basically however you want to imagine it. However, there are four small intact buildings near each of the four corners of the battlefield (about 15cm in from each side), which are lookout posts that patrols may appear from.

For this Panzerfäuste adventure I used the excellent Heroic Maps: Lunar Map. It’s a print and play product available on Wargame Vault. It can be printed out or used in your favourite virtual tabletop software. Whilst it was designed to represent our moon it makes a superb crater filled battlefield. 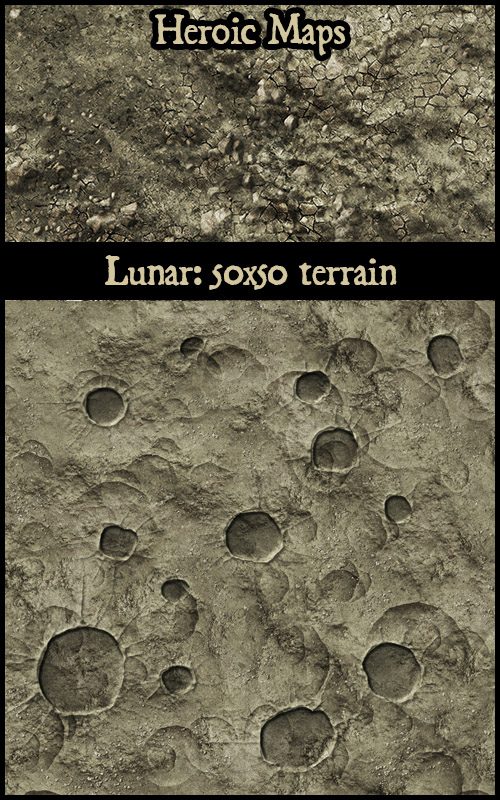 Each group of prisoners can deploy anywhere within 12cm of opposite table edges, with the aim to leave the table via the opposite edge.

Play proceeds as with a normal Panzerfäuste Skirmish battle, however rather than losing initiative after failing normal amount of Guts rolls, a player may choose to carry on, risking failing more rolls, until they can do no more moves (or have reached an agreed number of fails) though this will increase the risk of attracting unwanted attention. It should also be noted that any fast (running) movement or close combat will also increase this risk.
When all of one player's models that can do so have reached the opposite side (i.e. are not dead) the game ends, even if the some of the other players models are still on the table.

A player scores 1 point for each model that makes it off the right edge of the table walking or carried, +1 for each enemy model that a player carries off (makes for a better story when the lads get back to camp)

If a model is reduced to 2 or less Guts or killed outright, leave the model on its side, as a player may opt to carry the model on, either by one other living model who can move at 1/2 speed, or by two models which will be at normal speed while doing so.

At the end of each players turn, roll 2D6, adding +1 for each failed guts test over the normal, as well as +1 for each incidence of fighting or a model running. If the modified score is 10 or more, then unwanted attention has been gained, so roll a D6 and apply the results.

Randomly determine one of the players living models, they have been shot at by a sniper with a ss weapon with Guts 8, with no weapon modifiers, and halving any cover modifiers.

Randomly determine one of the players living models, they have carelessly stepped on a mine. Treat as if they have been hit by a burst weapon with Guts 8, with no modifiers relevant.

A patrol belonging to the same race as the player's models enters the board via one of the lookout posts (50% which one) near the table edge they are aiming to leave by, and will then move at walk speed towards the other lookout post. The patrol has four soldiers armed as each model is, and will roll to try to spot any models within 20cm. In later turns, they can be controlled via your favourite solo rules or they will move after the player of the similar race has, with a 75% chance of continuing towards the current outpost, and a 25% chance of turning and moving back towards the other outpost building. If they spot any models, they will attack and/or move towards the models until either the model has moved out of sight or is dead. They too may be subject to barrage damage (see below).

Dividing the battlefield into 30cm square areas, randomly determine which area has been hit by a mortar attack. All models should be treated as if they have been hit by a burst weapon with Guts 8, with no weapon modifiers, though cover modifiers are applicable.

As both players are aiming to get as many of their men to the other side, they can intentionally not attack each other, both to avoid attracting attention, and also to let them move faster. On the other hand, trying to get a patrol to appear near your opponent’s models is also acceptable, as is attacking them in close combat with the aim of reducing their group or to grab an enemy model to carry back to your side for extra points.

I would recommend using the Futbowel players available from Hysterical Games Online Store in this game, as well as any other Panzerfauste models for the soldiers.

You can obviously use any models you want though, as well as change the scenario as you want, including changing the nation of prisoners and respective soldiers, you're the ones playing, so as long as you and your opponent can agree, everyone is happy.

Magdalena Mudlaff's art is used without permission and will be replaced if requested by the creator.