Finders of the Lost Orc

"Finders of the Lost Orc"

Meet one of Valon's famed archaeologists and his supporting cast in this campaign framework article from the Flintloque Archives.

The 'stars' of the original Flintloque 1st edition rulebook back in the 90's were Sharke and his Orc Rifles, based unashamedly on Bernard Cornwell's Sharpe series of novels and the subsequent television series featuring a certain Mr Bean. Back in the early days of Flintloque following on from Mac and Steve's lead there were many articles that took characters from the world of action movies and tv shows and Flintloque-ified them creating Valonian versions of well known screen heroes. It's no secret that I love most of these characters and have in fact written a multitude of follow up scenarios featuring them and even created a few of my own. As with any game where great minds from different places are writing, quite prolifically back then, sometimes two people will come up with the same idea. The article below tells a short tale and introduces the supporting cast of one such character, the Valonian version of Indiana Jones. Now, regular readers know that such an individual already exists in Flintloque in the form of Danny O'Hara's Gobliana Joonz (actually an Orc) from his classic Temple of Dhogmandont scenario. Diggenuptha Bones, who you are about to be introduced to, is a later but nonetheless engaging Valonian version of Indy I wanted to share with you from the Flintloque Archives. The cast of supporting characters is actually much more well rounded than in Danny's original. As editor I'm very lucky as I get to choose what appears here on Orcs in the Webbe and which bits get taken up and used to craft new stories as such from this point in new scenarios you're going to see Diggenuptha's supporting cast appearing alongside Gobliana Joonz in a new series of adventures being written for Orcs in the Webbe throughout 2014.

The Elven Emperor Mordred, his pride hurt after the disastrous campaign in the Witchlands, has decided to launch a world-wide search for any of the lost artefacts from the ancient Elven Empire. He knows that they can help him in his quest to completely rule Valon, especially if he can obtain the Sword of Shivalia. A team under renowned Ferach archaeologist Rene Bellyache has been formed to find these items for the Emperor. Unfortunately for the Elves, a Catalucian spy quickly uncovered this agenda and reported it to Albion officials, who then recruited a famed archaeologist of their own to counter the Ferach efforts.

The weather-beaten, yet dashing Diggenuptha Bones, called “Diggy” by his friends, is the clever Orc archaeologist who is now trying to keep these powerful objects from the grasp of Mordred. His primary motivation in this ordeal is not to fight against Mordred, but rather to find and preserve treasures of antiquity. He has little interest in the Mordredian Wars, but he does realize that his homeland amongst the Secessionist Albionites of Eastern Valon could be affected should the Elven tyrant gain more power.

After Bones thwarted several expeditions, Bellyache sought counsel from Elven intelligence Officers concerning his new rival and adversary. They provided him with more troops and a quite devilish plot to kidnap Diggy’s father, to use as bait in a trap. Will the rugged Diggy be able to find and rescue his father from the Elven captors, while also preventing them from obtaining an ancient magical artefact?

Diggenuptha Bones - Orc archaeologist from Eastern Valon; wears an old worn fedora hat and carries a lashing bull-whip as well as a pistol and a knife. 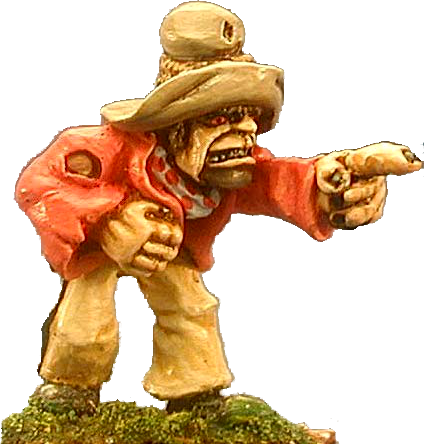 Sull-ah - An old friend of Diggy’s from Aegypt. He is a jovial Othari with many contacts and has been known to break out in a loud song on occasion.

Orcus Broady - Professional friend of Diggy’s who curates the Royal Albion Histree Museum in Londinium. Not much of a fighter, Orcus does have a knack for getting out of tight spots just by dumb luck. 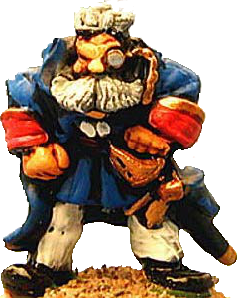 Wart Hound - Diggy caught this young Ostarian orphan trying to pick his pocket while doing some research in Palzburg. Instead of turning the pimply pup over to the authorities, Diggy used his skills to aid him in the apprehension of The Number One Ring. Now on occasion he brings “Warty” along for an adventure. 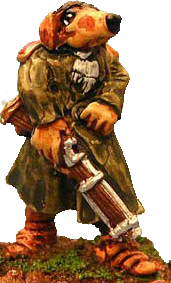 Dr Ornery Bones - Diggy’s father, also an Orc archaeologist. He is much more refined than his son, and absolutely will never call him by his nickname of “Diggenuptha”, since Diggy’s birth name is actually Ornery Bones the Second. Instead he refers to him as “Ducey”, because he was named after his father. Diggy hates when his father calls him Ducey, but the older Dr. Bones sees no sense in his son’s silly nicknames. 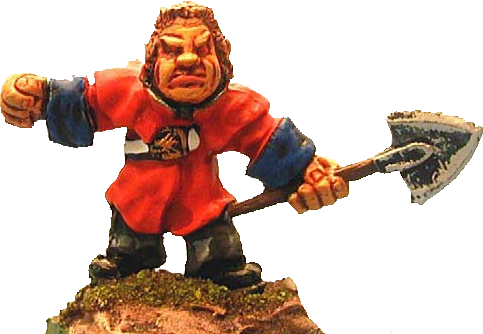 Rene Bellyache - This Ferach archaeologist is known for his underhanded deeds and unquenchable greed. Even though he is working for the Emperor, he sees his own agenda of personal glory as top priority. He greatly desires to unlock the secrets of ancient artifacts just for the mere experience. His goal is to know more about the mysteries of the ages than any other being. He speaks over a dozen languages, which aids him immensely in his quests. He almost always has a thug or two nearby, and will avoid a fight if possible. 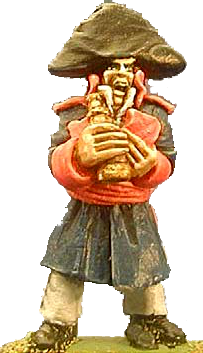 Maerion Ravenmad - This young Half- Orc lady is the daughter of the late Dr. Flabner Ravenmad, the archaeologist under which Diggy trained. When her father died after choking on a biscuit, Maerion inherited his estate, which included many rare texts and artefacts valuable to the entire field of archaeology. Not wanting the attention from all those crazy scientists, she sold most of the items. But she still kept several that were greatly desired for aiding in research and expeditions, and so she took them and went to find a secluded place in which to peacefully exist. Diggy is one of the few who knows where she resides, but he is not quite welcome there due to a past incident involving himself, Maerion, and a bottle of Elvish Rum. 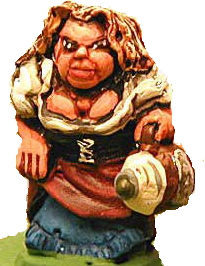 General Ideas for you to Expand Upon

- Further Scenarios can include such items as The Holy Pail, The Number One Ring, and concluding with the greatest prize of all, the Sword of Shivalia.

- Maybe add another character for the Elves or a Finklestein Dwarf Interrogator based on the German one in the ‘Raiders of the Lost Ark’ movie. 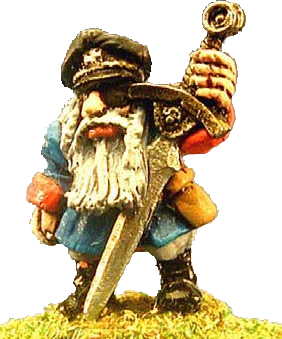 - More characters - all the above characters, plus some Ferach troops and maybe some natives from Aegypt.

- Build your own terrain such as the Catacombs, a dig-site, or a ruined temple.

- Make a few other artefacts of your own!!

This scenario was originally published in Alternative Armies' in house magazine Loque & Load Volume 4, Issue 6 back in 2003.

It was first published here on Orcs in the Webbe on the 19th May 2014 as part of its ongoing Flintloque Archive Project.