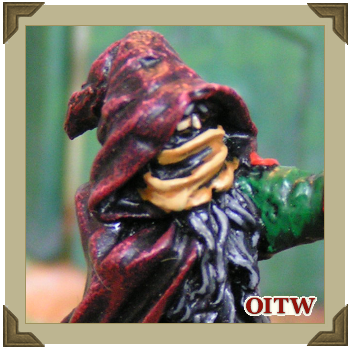 A member of the Undead, somehow imbued with a power beyond that of his kin, puts the first steps of his plans into action.

Heavy grey and black smoke hung motionless in the air, increasing in size with each passing minute. The shambling and lifeless forms; their arched backs, broken limbs, yellowed skin and sunken hollowed eyes portrayed their status, dead and forever consumed by their new lord and master, the Star Wraith. Performing their tasks without will, trudging through their undead existence without fear, alone, and forgotten.

Thirteen stories up on a catwalk he stood overlooking the ship yard, surveying his landscape, his minions, and his masses. He too was dead, but his spark had ignited in his un-death and a will, more powerful than he had in life, burned within his breast. That fire burned in his veins, filled his mind, a real fire flared in his eyes. He was nothing in life, and now he was the Admiral of the Star Wraith’s fleet.

Huge white hot fires, tended by minions of zombies protected from the flames by dark magicke, heated vats of metal. Metal used in the creation of items required for the ships and weapons of war. Smoke billowing out of the fires helped the gloom attain a life of its own, a gloom speaking of the evil that inhabited this landscape, a living hell.

Admiral Zarkov knew that the spark inside him was the key to giving these creatures a new beginning. How it came to him. How it made him live and not decay. How it gave him real life in undeath were the questions that plagued him every waking moment, that and the thoughts of war. Zarkov had sent Razputrovich, a call not ignored even by the lord of the Death Guard.

Dark figures moved through the smoke and hell of the shipyard. Heavy black cloaks hung motionless on their frames. If the minions of the ship yard were alive they would know true fear, Razputrovich and his First Guard were here. Moving through the masses, as if shot from a bow, Razputrovich and his guard made their way directly to the Admiral, up the stairs, along the passages, across the catwalk, stopping next to the Admiral. Razputrovich, not accustomed to being summoned, nor taking orders, fumed and anger spewed forth from his being. An anger that was palpable and thick enough to be cut by a knife.

A dead silence hung between them, a struggling match for control and power. Who would be master, who would be slave? The first to flinch would loose. Time grew on, day became night, and time seemed to stretch into eternity. The silence was finally broken.

“Vel, I haf come!” He spewed at the Admiral, whose attention had not shifted from the minions below. “Vat do you vant, you little, little man.”

Slowly turning Zarkov turned to meet the deadly monk, eyes bright with the fires that lit them. Razputrovich stepped back, almost as if in fear. Zarkov slowly spoke, power ushering out of him, “Zo kind uv you to come to meet me here. I hav summoned you vor one purpose.” Razputrovich’s First Guard moved to defend him, but a wave from his hand made them step back and stand at attention.

“Vat peetivul thing do you need me tu do, little man?”

It was then that Zarkov moved, fire burning bright and flame trails whipping past his head, following in his wake. His hand shot out, grasping Razputrovich’s neck, lifting him off the ground he spun. Dangling the liche over the edge, a precipice he would not come back from should the Admmiral let go. Razputrovich smiled down at the Admiral, who had become the object of several razor sharp blades. “Eef yur men tink dat dey are far frum harm dey need tu tink again. Dey, unt you, are veery cluse te det.”

At that the pressure on Razputrovich’s neck increased immensely, almost to the breaking point. Razputrovich signaled his men. He had somehow been bested and knew if he were to continue his reign as head of the Death Guard he would have to acquiesce. The Admiral shifted and placed the monk’s feet on the catwalk, the battle was over.

With that he took the box and listened as the directions to the town and the mine where the soot, some kind of deathly ash, was.

The Admiral had finally found the cause of his un-life, a thing that had not been given to him by the Star Wraith, a thing he had been destined for. The dark magickes of the world had imbued him with an unnatural death. His years in the mines, breathing in the soot, the coal dust, had given him his special life, his Shadowlife as he called it. His death had imbued him with an unnatural essence. He didn't remember dying, nor passing from life to undeath. It seemed strange that he should be this powerful, after all, he'd only been a captain, now... he was so much more. He was in charge of the Star Wraith's naval forces and had at his disposal vast iron works, and forests of trees with which to build from. He had servants, the machine they called the Reanimator only scracthed the surface of the forces that had made him. He could hear the dead's thoughts, and knew what they wanted. They all wanted death, an end to their suffering. He could end them of course, but he could also give them true undeath like him, although not completely like him. He was certain there would be no more like him. He'd tried to make others by encasing them in a chamber of nothing but the swirling dust, but they'd only died.

He'd tried again and again, to no avail. Der vil be unly von uf my kind, a Shadow Lord. he thought.

Far to the west a lone figure grumbled and cursed. He was moving towards the city again. And the Cold Scream Guard, the troops he'd created, but had not received the credit for, were no longer his to command. He didn't care, they were not his concern. Lt.

He stared coldly at the Witch Queen. He'd never liked the fact that she preferred Lt. Hargus, now Colonel, over him, but understood rank had its privileges. "Nah! I keen si dat cursed city frum ha un aye dun like ih tat all." Vermin said.

"Dat ta ba un ya knowt wha we goin da fur. Daft ole koot!" she chided him playfully. She knew he had always loved her, but she couldn't let on that after several years of traveling with him she now too cared for him. Perhaps someday she would let him know, until then these missions would have to do. Smiling at him she continued, "An I sa in me mind... a great wall uf deed like a taidal wave waushin ova oos all. A black smoke broiling outa the deed. I teel ya it weret tha end o the northern realms." she finished a shiver running through her.

"Ya daft a whot! Na black cloud broiling deeth. I just breeth it een an chase it down wit a good fifty year ole skootch!" they both laughed at that. He looked at her radiant beauty and smiled. He knew she too liked him but couldn't bring herself to say so. It was enough for now.

They journeyed on towards Vilnau and the dead.

Collapsing his monocular Rasputrovitch gave the signal to ride. Today he'd be able to take out a long time enemy of the state, and perform his assigned duty all in one swoop.

Yes today would be a good day indeed.

Admiral Zarkov's tale will continue in 2015 right here on Orcs in the Webbe.

"Admiral Zarkov" was written exclusively for Orcs in the Webbe and was published on the 21st December 2014 as part the 2014 Advent Calendar.