"Notes Upon The Compendium Militaria"

Dresda was Created by Mac Coxhead and Steve Blease* 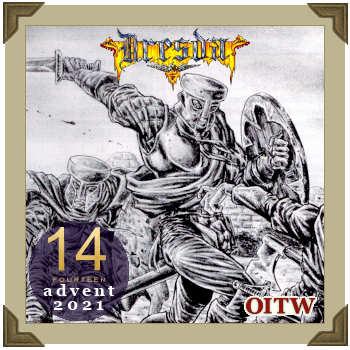 A number of entries giving the flavour of the great traveller Augustus Eckhardt's invaluable document regarding peoples of the age...

The great traveller Augustus Eckhardt provided the Princes of the Middlelands with an invaluable document in his celebrated Compendium Militaria, and even to this day it is still widely read and admired, not just by scholars, but all by those wishing to put its information to more practical use. It should be noted, however, that the infamous Compendium Militaria (Second Edition) was not authorised or sanctioned by Eckhardt in any way, as by the time it began to be circulated Eckhardt himself had been missing for over two years, presumably killed in the sack of Budapesh. Indeed it appears that much of this (admittedly well-written) extra material may have been added by Cornelius Spung, the original distributor of Eckhardt's masterwork solely as a method of selling extra copies of the book. Whilst many of the newer entries are as reliable as the older, original information, several pieces are of distinctly dubious provenance, and at least a dozen are blatant fabrications (it is even rumoured to have been the cause of the failure of Wallisan Grommitz' ill-fated assault on the horse-herds of the Upper Vulga). Nevertheless, here are a number of entries giving the flavour of the books...

Goblins travel light, living off the land. That gives them strategic mobility. On the battlefield they rely on the Wolf Riders, to provide them with shock troops. These can cut out a small troop of men just like a pack hunts the weakest in a herd of deer. And once they have them isolated, wild and un-men eat together...

The Twelve Cities are the heart of the Human Dominion, but there are other great warriors of this race elsewhere on Valon. On the plains traversed each year by the Orcs en route to attack the Middle Kingdoms, a few disunited tribes of Horsemen wage endless war upon the Un-men. They live in the saddle, attack with the sudden shock of a spring storm and burn everything they cannot carry away. Their emblem is the pall of smoke they leave behind them. What a pity it is that we cannot gain their allegiances.

On the Crystal Elves…

They are the finest warriors on the continent, trained hard in the unending wars between the Princes of the Middlelands. They are mercenaries, men without a cause - that is why they style themselves the Doomgarde, as if they served a greater purpose. Truth is, they have been a bulwark between the Republic and the Un-men for three centuries - but who now can say whether they do not serve a darker purpose and bring themselves against the Republic? 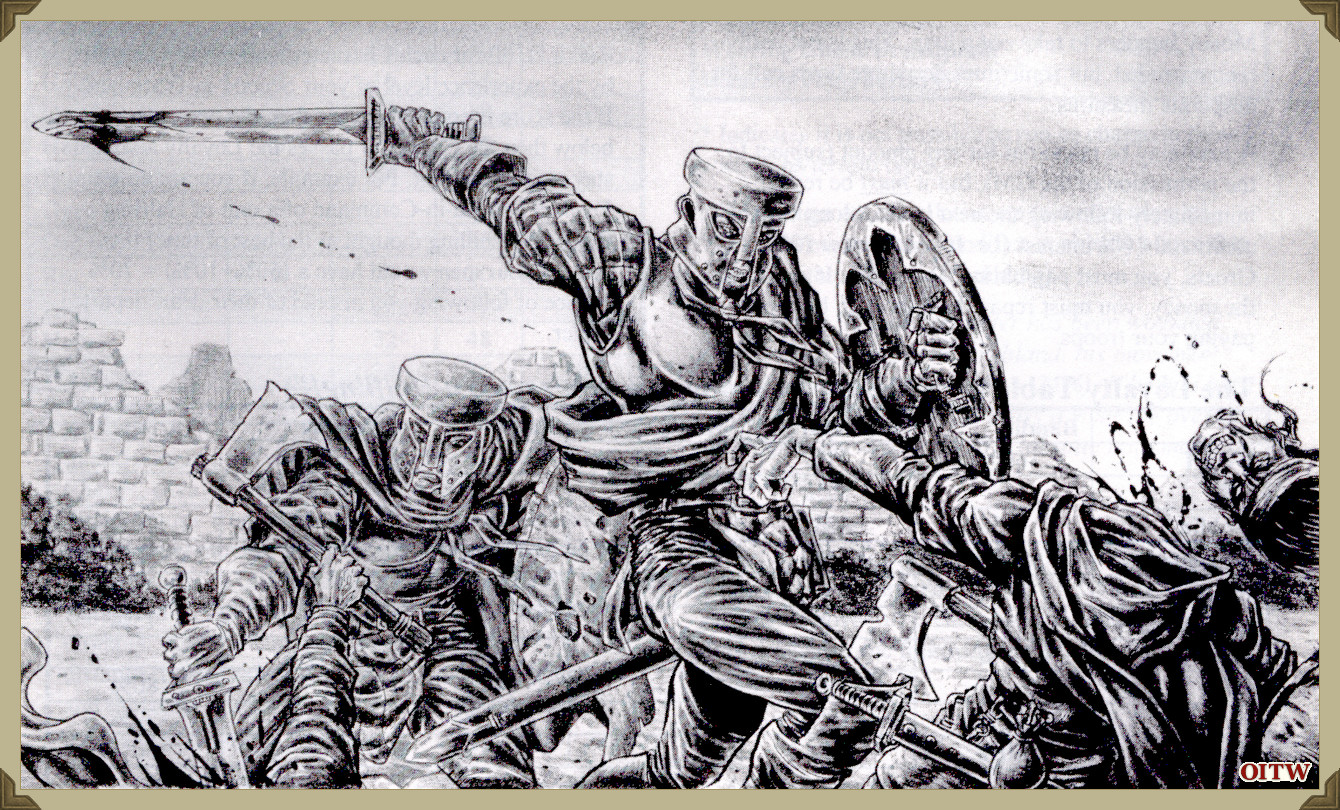 Dresda was the original sister game to the first edition of Flintloque, released way back in 1996. It used the fantasy range of miniatures available from Alternative Armies and brought with it an excellent and dynamic campaign system. It also shared the same central mechanics as its older sibling. This meant we we could run games that pitted fantasy armies against Blackpowder armed Orc redcoats and see the new order on Valon storm the castles of the old.

The game saw players managing bands of mercenaries, trailing the countryside looking for work and running up against other units with the same idea. Like Flintloque, scenario driven battles were a key element in its design, coupled with the roleplaying aspect of running your unit including equipping them with things found on the battlefield and paying them from a limited supply of Groats. It was more involved and offered a richer campaign framework than most wargames from that time. A few years later Games Workshop's Mordheim came out and the world was wowed by its innovative use of warbands and campaign tracking which Alternative Armies had actually been doing for  few years already.

Dresda remains a fantastic game and this Christmas Orcs in the Webbe is pleased as punch to bring it back to life once more, along with full notes on how to run it alongside your third edition games of Flintloque.

“Notes Upon The Compendium Militaria” was originally published in the Dresda Rulebook in 1996. It was first added to Orcs in the Webbe on the 15th February 2006.

However, it was absent for many years due to a prior regeneration of the website not transferring everything over correctly. This wrong has now been righted and it returned as the fourteenth entry in 2021's Advent Calendar as is, of course, part of Orcs in the Webbe's ongoing Flintloque Archive Project.

* The full acknowledgements for Dresda can be read here on Orcs in the Webbe.

** Loosely based on words I wrote when I released Dresda digitally on v4 of Orcs in the Webbe back in 2008.