A USE ME Scenario by Brendon Sterma 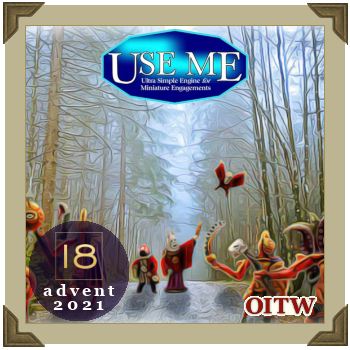 In this two-player USE ME scenario an elite military escort squad is tasked with escorting a Varlish Envoy from his compromised position to a safe evacuation vehicle...

Four weeks into tracking the illusive and dangerous Sekoth cult leaders, we have finally had word from SHM headquarters of a possible lead. They have been in contact with a Varlish envoy that has stumbled upon information pertaining to the artifacts the Cult has been hunting. The envoy refuses to disclose this information with anyone other than the lead scientist, so our mission is to escort him safely to the local military starport and send him en route to the main research facility. Our armoured transport will arrive shortly.

Goddamn cult found out the Varlish has information on the artifacts. There is a demonic strike force closing in on our position. New plan: We and the envoy's bodyguards are to escort him to a nearby civilian ground transport. From there a few of us will drive him while the rest fend off the remaining
incursion to cover their escape. As the Varlish envoy holds information that can greatly jeopardize the war effort, I have sent a request to the GBS to grant me permission to invoke Al-Garvey clause of the Valon Accord.

The GBS has granted me permission to invoke the Al-Garvey clause (hereafter referred to as Order 62) and my troops have been briefed on it. I hope it will not come to that, but sometimes war doesn't mean winning, but making sure the other side doesn't. 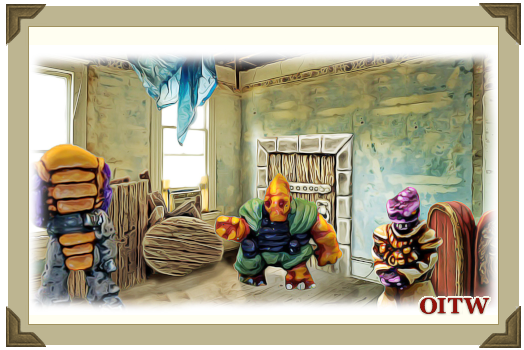 This game may be played on any table configuration divided into 9 equal parts with any terrain you desire to match the setting. Pieces representing the building, bunker or ship wreck where the envoy begins should be contained within a single section of the grid the touches a table edge, whereas the evacuation vehicle should be touching any table edge within the section opposite the first.

All units are to be set up anywhere within the chosen grid section and may set up hunkered down.

The 3 squads of Sekoth Guardian Demons and single Demonologist Squad enter at the start of Turn 1 via any map edge (including more than one map edge) but may not enter from a table edge shared by the starting area.

1) Terrain: All Terrain is normal terrain. Difficult terrain may be added based on the desired setting.

3) Players should use not squad activations - each character should be activated individually in this game.

4) Paid Enough for This: All bodyguard units in the Civilian Squad must remain within 4” of the envoy at all times.

5) Take Him Alive: A single Cult unit can move the envoy against his will at 4” per move action (but no second move action allowed). Whilst moving the envoy any Cult units may not make any ranged fire actions or attack in melee combat. In order to do this, the Cult unit must be in melee range of the envoy.

6) Order 62: At any time, the Special Forces Squad may decide that the rescue is hopeless. The squad may choose to attack the Civilian Squad as though it were an enemy to prevent capture. Upon issuing Order 62, the player immediately loses control of the Civilian Squad which now will only retreat directly away from all other squads on the table. Any remaining bodyguards in the Civilian Squad will move as close to the Envoy as possible, and into melee combat if the envoy is being carried by the Take Him Alive rule or the Get Him Back Here rule below.

7) Get Him Back Here: Identical to the Take Him Alive rule, but available to the Special Forces Squad after Order 62 has been issued.

8) Psionics: A number of special rules will be required to play this scenario – make sure you have the USE ME 15mm Sci-Fi Optional Rules for Psionic

The escort squad will win if the Varlish Envoy successfully ends his turn touching the escape vehicle. The Cult wins if all units except for the Varlish Envoy are killed. Both teams will lose if the envoy dies in any way.

3 Identical Squads of 4 Sekoth Guardian Demons with melee weapons, 1 with a Demon Fire Projector and one Leader with banner. 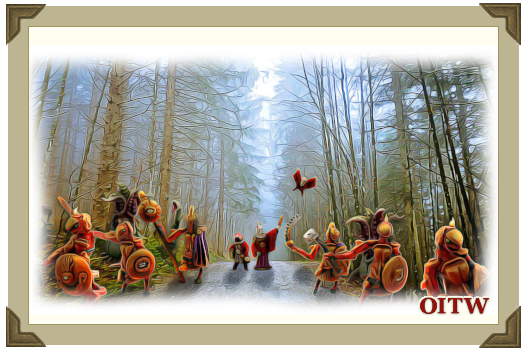 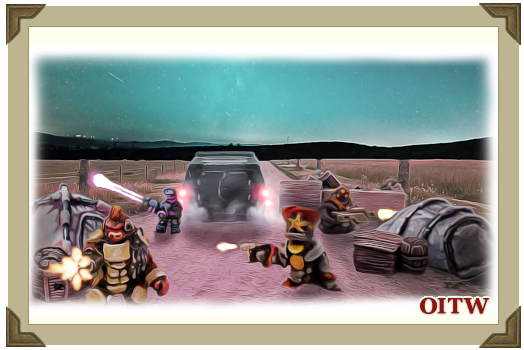 Images were compiled using free-use stock images and photos of the miniature ranges found on the Alternative Armies website.

Click on the logo above to visit Altrnative Armies webstore.