Where The Wild Things...

"Where The Wild Things Are..."

A Panzerfäuste Scenario and Rules Supplement by Steve Blease 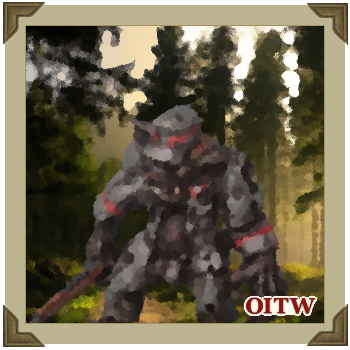 StrafGruppe Loki have been inserted behind enemy lines on a mission to kill the Skogtrolldekonge (Forest Troll King) Rivfader. The brass back home think that such a bold move will win the campaign for them. They have not counted on the strength of the Skogtroll.

The smell of dank pine needles invaded Stuermer’s nostrils as he tried to stare into the darkness of forest. An almost impenetrable wall of fir trees stood in front of him, making his efforts futile, but still he tried. Inside the woods were the enemy, the toughest enemy he and his “Stormers” had faced so far.

Running his hand through his greasy beard he turned and walked back towards his troops and gestured to his second in command.

“Dietz” he growled, “this is one gottsverdammt cock up to be sure. If we continue down the valley the bloody waldehunde will pick us off from cover and to send anyone into the forest is just suicide”.

“We could send Geier…” Dietz responded, a look of innocence betrayed by a mischievous twinkle in his eyes.

“Ach, even I would not wish that weasel the fate he would endure when captured by the widerlich trolls”.

Taking another look back, he came to a decision. “Let’s have a word with those Fallschirmjäger we met earlier. Maybe they can rustle up some autogyro support for us. Some Drachenfeuer bombs will smoke the enemy out for sure…”

Of the races of Trollkin in the realms of The Land, the Trolls who live in the mountains of Friglünd and the smaller Trow of Svartheim are the most widely known. However there are others, and in the dark coastal forest realm of Skogmark live the Skogtroll (the Forest Trolls). Reputed to be big, hairy and stupid, they are universally recognised as being the most dangerous of the Trollkin.

Which may lead you to question why did the Dwarves invade Skogmark?

The Dwarf Oberkommandbraumeistergilde (OKBG) had long been concerned that the Orcs of Branzhûm might attempt to open a second front in their war against the Dwarves following their defeat in Dûn-Nomin. Strategically control of Skogmark would allow the Orcs to station their heavy Wyvern bomber squadrons on the coast, threatening the Dwarves rear in their war against the Dark Elves of Morgûrin, as well as allowing the Orcs to better protect their naval convoys crossing the Frigia Sea to supply the Dark Elves with vital munitions.

However, Skogmark was not ideal country for the armoured divisions of Panzerkriegtiere which had spectacularly swept across Dûn-Nomin and Morgûrin early in the war and consequently the Dwarves had to employ Fallschirmjäger, StrafGruppe penal troops and Kriegsmarine sailors as infantry in their attempt to conquer Skogmark.

With winter gripping The Land, the campaign has not been as swift as the OKBG would have liked and technik-priests of the Braumeisterwache have reported on a joint Orc-Gnome expeditionary force about to sail from Branzhûm, the Dwarf high command devises a daring plan to bring the campaign to a swift end; a plan that will sendStuermer’s Stormers on their most dangerous mission yet…

The Dwarf High Command has devised an audacious plan to bring the war in Skogmark to a quick end before the Orcs and Gnomes land troops to support the Skogtrolls.

First Section, 3rd Platoon, StrafGruppe Loki have been inserted behind enemy lines by waffengeier on a mission to kill the Skogtrolldekonge (Forest Troll King) Rivfader. Such a bold move will, the Dwarves think, win the campaign for them.

The Braumeisterwache have received intelligence that King Rivfader has entered the Stor Skog, the great forest that covers much of Skogmark, to partake of the ritual svampfest (mushroom feast) at the sacred svartstein (black rock). Whilst this intelligence is correct, the Dwarves are unaware of the purpose of the Skogtrolldekonge’s journey to the svartsein.

Deep within the Stor Skog sleep the mighty ancestors of the Skogtroll – the Jötnar, race of mighty giant trollkin, not seen for many centuries since the Wars of Dwarven Succession. Indeed many historians of The Land believe them to have been a myth, those that don’t, think the Jötnar long extinct.

Unfortunately for Stuermer’s Stormers, they may find out just how erroneous these views are...

The Dwarf force comprises of StrafGruppe Loki from the main Panzerfäuste rulebook. Fallschirmjäger reinforcements may appear (see Deck of Cards below). The Dwarves objective is to kill King Rivfader, whatever the cost.

The Skogtroll start the game with a small force of six Kongensgarde (King’s Guard), Elite Normal troops armed with one light machine gun and five rifles. Skogtroll infantry reinforcements may appear (see Deck of Cards below). The Skogtroll objective is to protect the King from harm.

Before the game starts, the GM shuffles a deck of twenty-one cards. Ace to ten of the Spades and Hearts suites and the Joker. Each player turn, a card is drawn.

Unless stipulated to the contrary, Dwarf reinfocements enter from the southern edge of the board, Skorgtoll from any forest edge but not within eight inches of a Dwarf.

The Dwarfs enter the table from the southern edge, Rivfalder and his Kongensgarde are stood at the svartstein. 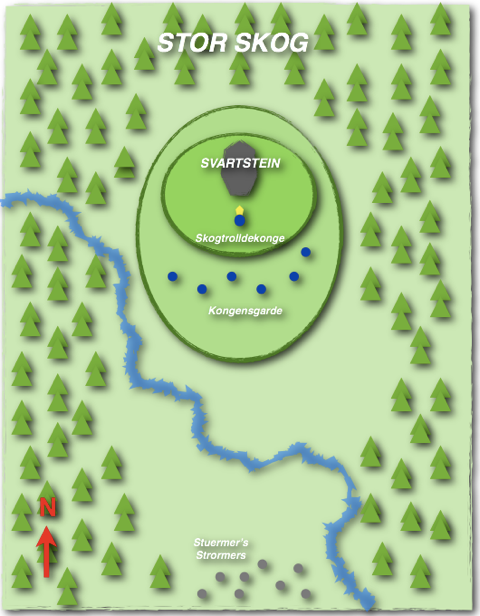 Unlike their trollkin cousins in Friglünd, the Skogtroll have attempted to remain neutral in the Dwarves war with the Gnomes and Orcs, by hiding in the great pine forests of Skogmark. Unfortunately the war has now come to them. Larger than the Trow, but less bulky than the Mountain Trolls, the Skogtroll are tenacious fighters, especially in hand-to-hand combat.

Skogtroll Magick is shamanistic and they can use The Evil Eye.

Like the other races Skogtroll cuisine can enhance the capabilities of Skogtroll troops.

For movement modifiers the Skogtroll should be treated as Light Elves in Dense Forest and Woodland).

Jötnar are large trollkin over twenty feet tall. For the purposes of the game they are treated as light armoured vehicles for shooting at and in close combat against. They do not carry missile weapons but have a +4 close combat modifier.

For the game I used a mish-mash of proxies including converted Ogres for the Skogtroll, though I have started converting some Reaper trolls into Skogtrolls. For the Fallschirmjäger I used regular Dwarf miniatures, but it would be nice to get some proper miniatures in production. I used some large high fantasy trolls for the Jötnar. 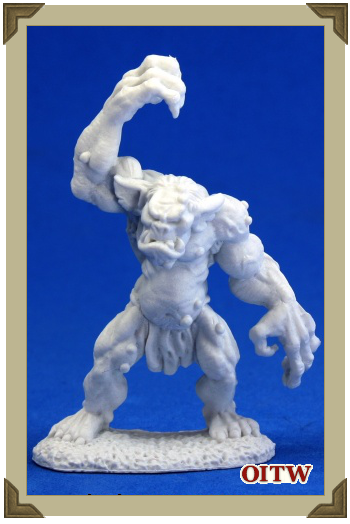 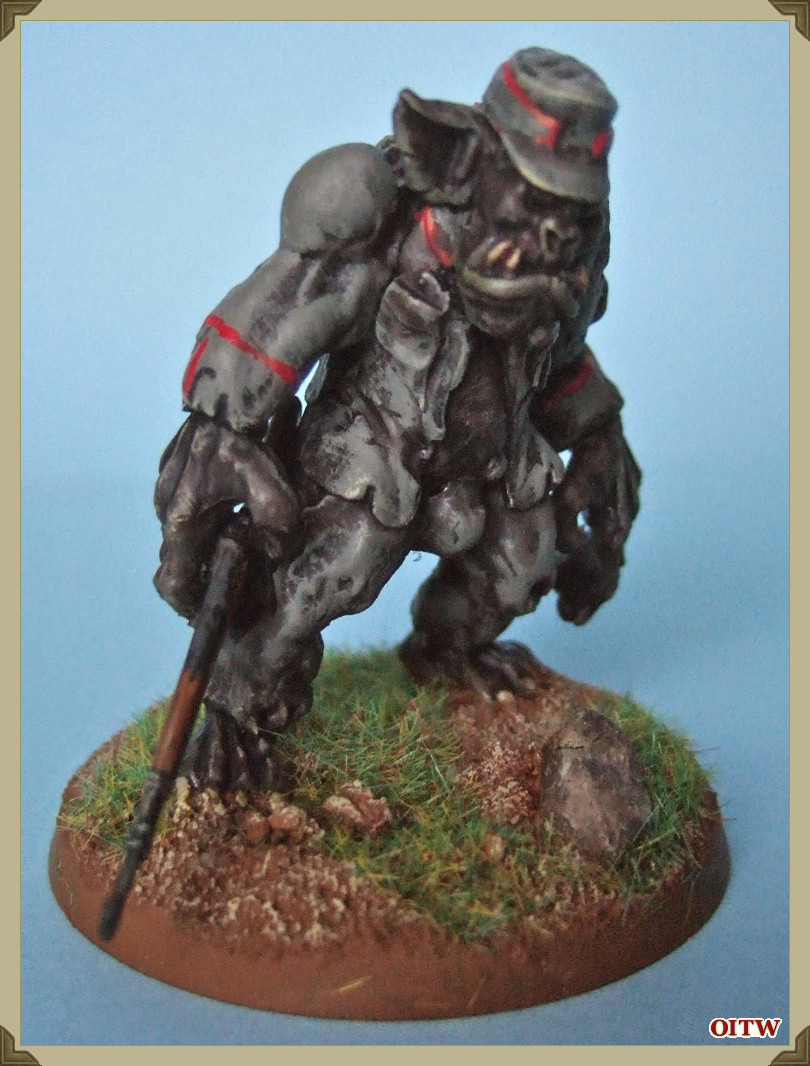 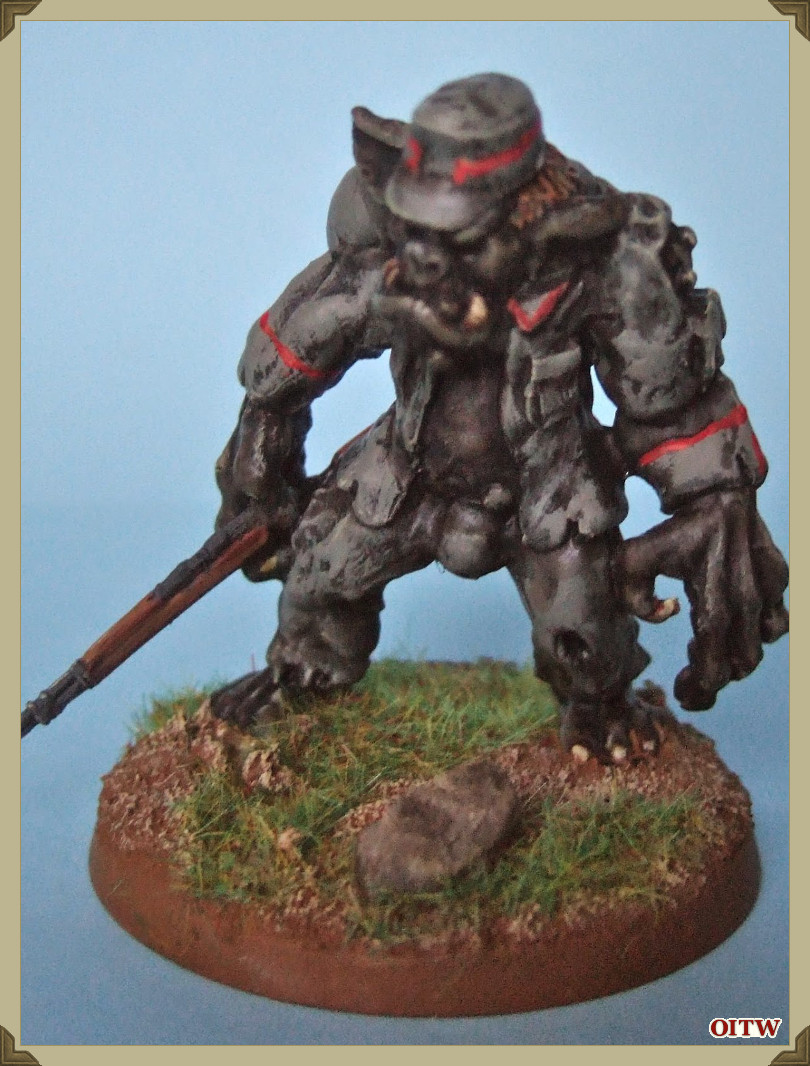 "Where The Wild Things Are...", an Orcs in the Webbe Original article introduces Skogtroll and Jötnar to Panzerfäuste's setting, The Land, and was written exclusively for Orcs in the Webbe's 2014 Advent Calendar and was first published on Wednesday 17th December 2014.

Steve Blease is the owner of Wessex Games and the co-creator of Panzerfäuste.

For anyone not familiar with the game, the free 'lite' version of the rules are available here on Wargames Vault.